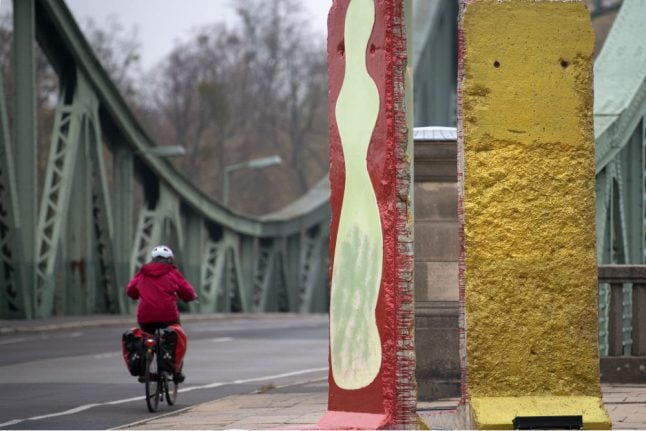 A survey carried out by Forsa research institute and the Federal Foundation in September found that attitudes towards reunification have changed incrementally since 2011.

50 percent of Germans now believe the country has grown to become one nation, according to the survey. This is an increase from six years ago when 47 percent believed this to be true.

But whereas Germans in the west were slightly more optimistic, with 52 percent stating they felt the country felt unified, in eastern Germany, only 43 percent of those surveyed felt the same.

“Inner unity does not come from one day to the next, but it does come,” managing director of the Federal Foundation for Examining the GDR, Anna Kaminsky, says in response to the findings.

The study also showed clear differences of opinion between young and old. While 65 percent of 14- to 21-year-olds stated that Germany has grown together as one nation, only 40 percent of respondents over the age of 60 agreed.

The fact that the younger generation in particular felt little separation between east and west Germany was good news, according to Kaminsky.

But despite many East Germans still having reservations about the progress of the unity project, another recent survey shows that their life satisfaction is now almost indistinguishable from that of west Germans. The Glücksatlas, released earlier this week, found east Germans rated their happiness as 6.89 out of 10, while those in the west thought of themselves as only marginally more content at 7.11 out of 10.

“The image of frustration among people in the east after the general election seems misleading,” says Bernd Raffelhüschen, co-author of the Glücksatlas, referring to the astonishing success of the far-right Alternative for Germany in eastern states during September's general election.

Just like their brethren in the west, east Germans have been profiting from years of economic boom, argues Raffelhüschen, before adding that “money always makes us happy.”

But that isn't the only encouraging news for the east. For the first time since reunification, data published last year showed the country recorded bigger numbers of people moving from western states to eastern ones than vice versa.

Following reunification, in 1990 the migration westward escalated sharply, as around 200,000 east Germans flooded to the west each year in search of jobs and better opportunities as their own economy struggled to adapt to capitalism.

But the Federal Institute for Population Research said the turning point came in 2014, thanks mainly to the growing attractiveness of the German capital.

Other major cities in the east like Dresden and Leipzig have also seen an influx, with a number of municipalities being spruced up, though the majority of the smaller towns are still suffering from depopulation and there are concerns about lower pensions and a loss of skilled workers.

There’s hope yet for the former socialist states though; some eastern cities have emerged as economic bright spots that are breaking stereotypes.

The student city of Jena in Thuringia for instance has long been known as a “beacon” of the region, boasting a flourishing high-tech sector, a strong optical technology sector, and a long-standing university that has regained popularity.

For former GDR activist Roland Jahn, it is time to move on from the east-west dichotomy. It is precisely this differentiation that acts as a barrier to reunification, he argues.

“For many people it is still difficult to identify with what we have created together in the united Germany. That’s why we should work on this and not always use the past as a template,” Jahn says.