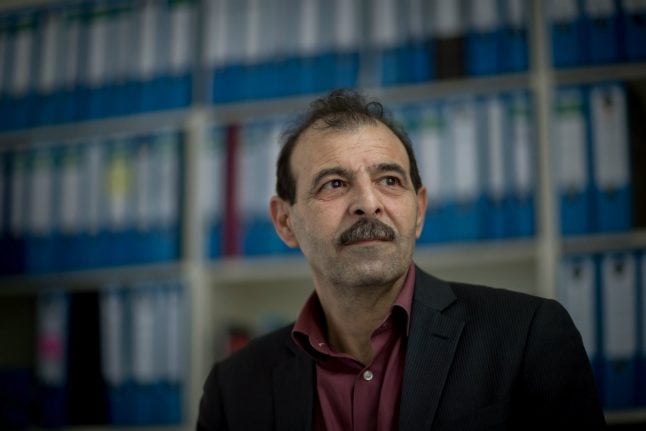 The 13 Syrian men and women named 17 suspects they considered “most responsible for Assad's brutal policies of repression”, said non-profit legal organisation the European Center for Constitutional and Human Rights (ECCHR).

The complaint seeking arrest warrants was filed under the principle of universal jurisdiction, which allows German courts to handle cases where neither the victims nor the perpetrators are German citizens.

“For me, the criminal complaint in Germany is currently the only way to fight for justice,” said one plaintiff, Yazan Awad, 30, who says he was tortured for months at the al-Mezzeh Air Force intelligence investigation branch.

“It's not just about me, it's about all those who are still being held in Assad's torture prisons.”

Shappal Ibrahim, who was detained for one-and-a-half years at the Saydnaya military prison, said he wanted “to help ensure that the German authorities issue arrest warrants for the people responsible”.

The prison near Damascus had become “a synonym for unimaginable torture, systematic degradation and mass executions”, said the ECCHR, which cooperated on the case with Syrian lawyers Anwar Al-Bunni and Mazen Darwish.

More than 330,000 people have been killed and millions displaced in the six-year-old war between the Assad regime, backed by Russia and Iran, and rebels who have been supported by Turkey and other powers.

German and French prosecutors are already looking into claims of torture committed under Assad since 2011.

A Syrian defector code-named “Caesar”, who says he is a former military police photographer, has handed tens of thousands of digital images that he says show 11,000 dead detainees and handed them to investigators, including in Germany.

According to witness testimony, the prisoners were beaten with pipes, sticks and meat hooks on chains, given electric shocks, burnt with cleaning chemicals and stabbed with pencils.