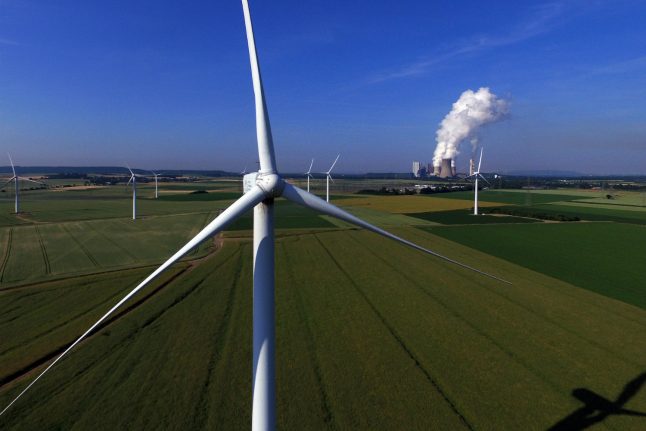 Germany has built up a reputation as a green energy giant, having taken big steps towards its goal of a 40 percent cut in carbon emissions by 2020. Its former capital of Bonn is thus a fitting place to host the UN Climate Change Conference, kicking off this week and running until November 17th.

Yet Germany’s environmental policies are far from perfect. They are frequently critiqued for the high costs they have levied on consumers, being at times ironically inefficient (solar energy, in Germany?), and for not doing more to trim the consumption of fossil fuels such as coal and gas.

Below we break down the key features of Germany’s environmental policies, and what the future holds.

Germans are known for their key Energiewende (Energy transition), a strategy largely focused on switching to renewables and, in doing so, cutting carbon emissions by between 80 to 95 percent of 1990 levels by 2050.

As a signee of the 2015 Paris Climate Agreement, Germany also agreed to limit its global temperature increase to not more than 2 degrees – and ideally 1.5 degrees Celsius – above pre-industrial levels by 2040.

Household consumers have frequently grumbled though that their electricity bills are shooting through the roof, and with good reason: currently German consumers must fork out the second highest amount for their electricity in the EU. Small and medium sized countries are also expected to pick up part of the tab, largely through taxes.

Despite coming with a cost, renewable energy in Germany increased to 30 percent of total production/consumption by 2016. On April 30 this year, Germany even broke a record, with 85 percent of all energy consumed in the country coming from renewables such a solar, biomass and hydroelectric power.

However, switching sources of Strom (electricity) has had a dark side. Some German companies have garnered a bad rap for selling their old, dirty energy to countries as far away as Colombia. The Energiewende has also been criticized for just focusing on renewable energy, and not on fuels for boats, planes and the prized possession of many Germans: the car. In Germany, sales from auto giants such as Daimler-Benz, Porsche and BMW amount to more than the annual GDP of Denmark.

Still, the German government has stated that it wants to slash energy consumption from transit by 10 percent by 2020, and 40 percent by 2050. Furthermore, the Bundesrat (Germany’s Federal Council) called last year for phasing out all gasoline powered cars in favour of electric ones by 2030.

Merkel’s government aims to have one million pure electric vehicles on the streets by 2020. Yet with a number now hovering slightly about 34,000, it’s not looking very likely that this goal will be met.

When Merkel became chancellor in 2005, her centre-right Christian Democrats were still in favour of nuclear energy, much to the disdain of the Green Party. But when the Fukushima disaster occurred in 2011, Merkel quickly shifted gears, promising to phase out nuclear power by 2022.

So far, nine of the country’s nuclear power plants have been shut down despite protests from the energy giants, such as RWE, Vattenfall and e.ON, that own them.

The remaining eight are set to follow in the next few years, as Germany completely replaces the 15 percent of energy it currently receives from nuclear power with renewables. Still, some are skeptical they will be shut down completely by then, pointing out that the process of fully dismantling the plants could last decades. Despite Germany’s push to shift to renewables, the country is still a major coal importer and producer itself, with no set date in sight for a phase out. A full third of Germany’s heating sector still relies on coal.

This would explain why, two days before the the climate conference in Bonn began, thousands of people took to the streets to demonstrate for a Kohlausstieg (exit from coal), carrying signs such as “Out with the Coal, Ms. Merkel!” According to a survey in Bild, 59 percent of Germans want to do away with coal completely.

The sunny side of things

Not surprisingly, wind and especially solar energy generation in Germany can be a bit intermittent. As a result, Germany continues to need expensive energy imports from neighbouring EU countries at peak times (i.e. in the winter) due to not being able to generate enough through its own renewables.

Conversely, sometimes Germany generates too much energy from renewables in low-supply months, and in turn exports to neighbouring countries at lower than market prices to avoid overloading the energy grid.

Still, the German government is seeking to boost the production of both of these types of energy. In 2016, solar generated about 6.5 percent of Germany’s energy, Wind power generates the most energy (12 percent of the grid), and the government is hoping to bring up the current figure of more than 4,000 megawatts (MW) per year to up to 15,000 MW by 2030.

The Renewable Heat Act stipulates that Germany increase its renewable heating sources to 14 percent by 2020. New buildings have to meet the strict standards of the act, whereas old ones are being retrofitted to become more energy efficient.