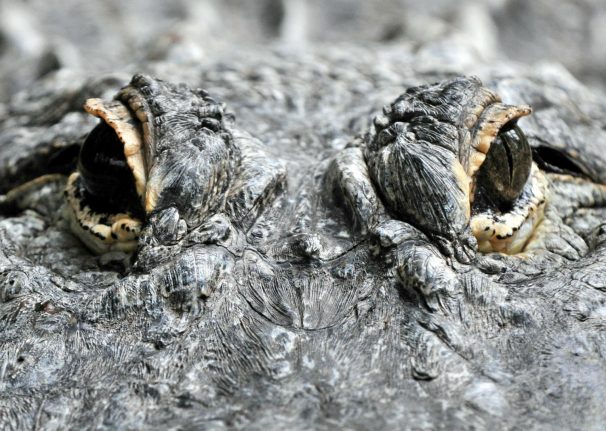 Crocodile Zoo in Friedberg, Hesse, has faced troubles recently as its maverick way of bringing visitors closer to its animals has been deemed too dangerous by regional conservation authorities.

In the zoo, visitors can touch, feed and even swim with the crocodiles without barriers or protection, as long as they are accompanied by an experienced guide.

But on August 25th, the nature conservation authority of Darmstadt's regional council decided that visitors could not come into contact with the animals without a barrier to protect them unless they were over the age of 18 and had been explicitly informed about the potential danger to their life.

Zoo operators immediately protested the decision, maintaining that nothing bad has ever happened before in the zoo and that the animals were tame.

They put in a motion to appeal the council's decision. But on Thursday, a court in Giessen rejected this appeal, stating that dangerous animals shouldn't be allowed to roam around freely, reported Hessenschau.

Authorities have tried to shut down the zoo before due to its unconventional conduct. In 2014 the nature conservation authority tried to shut the zoo down after the unexplained death of an elephant but the courts saw nothing in the case which showed the zoo's inability to care for alligators and crocodiles, reported FNP.

The zoo opened in 2001 with the goal of bringing people closer to reptiles and showing them that animals such as alligators aren't really monstrous – the way people often think of them as.
Now, only those who are well informed and over the age of 18 may continue to get up close with the reptiles, which might be a problem for business.

In one of the zoo's most popular event packages, the Dschungel (Jungle) birthday parties, the birthday child gets a photo opportunity with a live alligator and can even swim with a crocodile. But now no children will be able to participate.

The owners of the zoo have not commented on the court's decision and they are currently in talks with lawyers, according to Hessenschau.