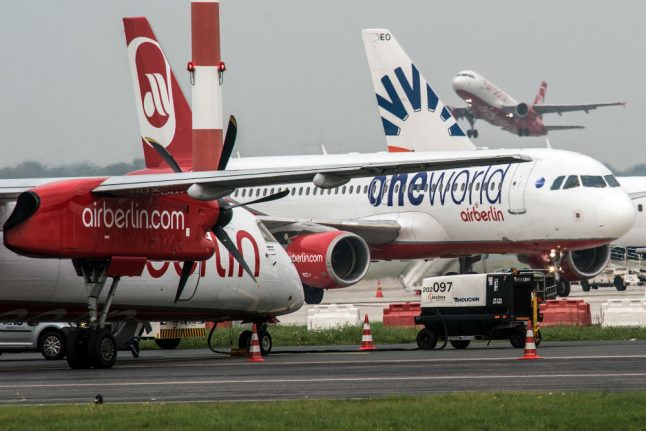 Berlin’s Tegel airport will be particularly affected, according to Lütke Daldrup. Tegel airport and Düsseldorf airport in North Rhine-Westphalia have been the two most important locations for Air Berlin.

The end of Air Berlin is therefore “very regrettable” and there will now be “a dent in development,” the airport boss said.

A slight decline in the number of passengers is expected at Tegel airport from October to December, although a drop was also recorded in September.

Still, Lütke Daldrup expects that Berlin’s Tegel airport and Schönefeld airport will have seen altogether 34 million passengers by the end of 2017, a good one million more than in 2016. “Moderate growth in passenger numbers” is also expected for 2018.

The airport manager also said there would likely be fewer long-haul flights to and from Berlin after the bankrupt airline’s flight operations come to an end on Friday.

“We do not expect the same number of long-haul flights in the coming year,” Lütke Daldrup stated. “This is due to the fact that infrastructure in Tegel is limited. Tegel is not particularly suitable for large machines.”

The capital city's BER airport, which has not yet been opened, is necessary for the expansion of long-haul connections, the airport boss added.

But the long-awaited BER airport has become something of a running joke for locals. Not only has it been hit by several planning failures since construction began on the airport in 2006, its opening date has also been pushed back several times.