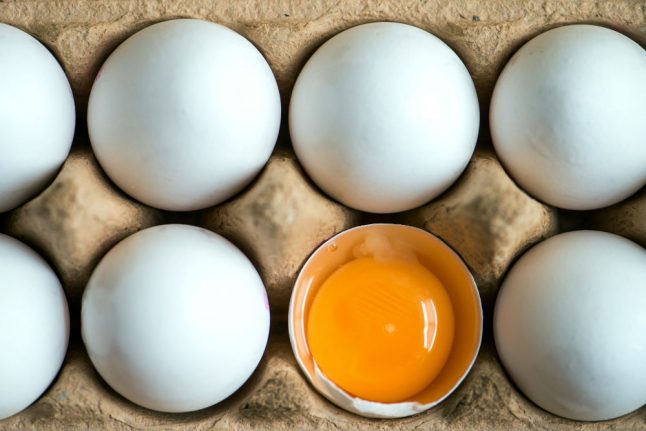 According to the EU Commission, Germany and the Netherlands have stopped them from publishing reports and figures – initially requested by the German Press Agency (DPA) – about the scandal which saw millions of eggs pulled from store shelves in the summer.

In Germany, authorities officially refused to make the information public.

“If users of the rapid alert system fear publication of their reports, there will be delays in communication,” states the EU Commission when explaining the German position.

Dutch authorities have given tactical reasons for their refusal, stating that publication of the information could bring “irreversible damage” to the investigation.

Germany and the Netherlands were countries which were particularly hard hit by the scandal.

READ ALSO: What you should know about the ‘toxic eggs’ found in 12 German states

When the issue came to light in late July and early August, as a precautionary measure, an unknown quantity of eggs and egg products were taken off the market and destroyed.

One question that still remains unclear is how many eggs had actually been contaminated.

And these exact quantities could possibly be calculated based on the information in the reports. The reports could also help to draw conclusions about how quickly warnings were reacted to.

For now, consumers remain unaware of the extent of the issue.

DPA now plans on asking the EU Commission to review their decision against the publication of the fipronil scandal reports by referring to a regulation in EU law.