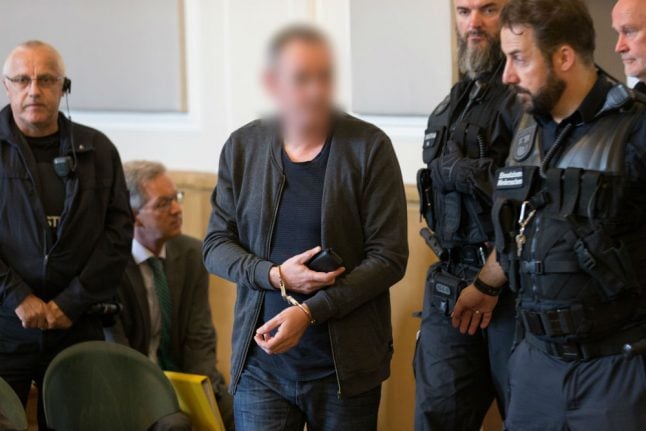 James Corry in an Osnabrück court in July. Photo: DPA.

A court in Osnabrück in northwestern Germany sentenced the Belfast-born man, identified in Irish papers as James Corry, to four years in jail. One year will be waived because of an unlawful procedural delay, it said.

The court found that the man had been a member of the so-called “active service unit” of the Provisional Irish Republican Army.

He and at least four other accomplices parked a truck with an improvised launch battery outside British barracks in Osnabrück and fired three shells on June 28, 1996.

While the shells failed to injure anyone, they caused around €95,000 in today's money in damage.

“It was only thanks to chance that no one was harmed,” the court said.

The man confessed to the crime during the trial in July but said he was no longer involved in the IRA.

The IRA aimed for Northern Ireland to break away from British rule and become a part of Ireland through three decades of bombings and shootings.

The organization ended its armed struggle as part of the Northern Ireland peace process following the Good Friday agreement of 1998.