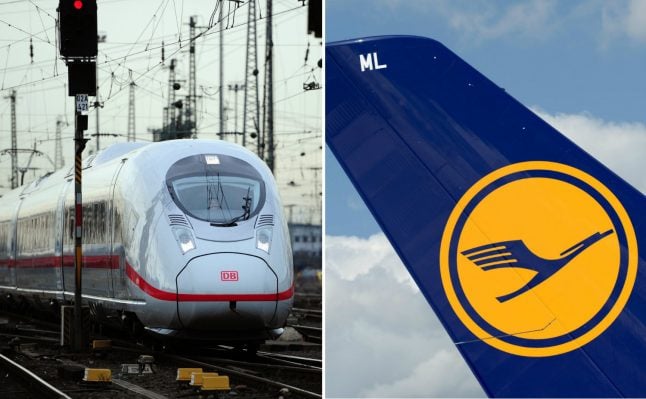 The Local recently ran a straw poll on our Facebook page, asking people what they saw as the best way of getting around the Bundesrepublik. Train travel ended up being the clear winner, with 60 percent of respondents saying they preferred taking to the tracks to flying, buses or ride sharing.

But state-owned rail company Deutsche Bahn isn’t to everyone’s taste. After they announced a price increase earlier this week, several readers complained that tickets were already too expensive.

So what are the other options? Flixbus has come to monopolize bus routes but still (mostly) offers cheap tickets, budget airlines hop between several German airports, and ride sharing offers an interesting option for former hitchhikers.

We've picked a few popular routes to decide whether Deutsche Bahn really is all that.

In December a new train line, which cuts through the hilly centre of the country, will finally offer a direct service between Germany's two most important cities. With it, travel times will be cut from over six hours to less than four.

The flip side is that Deutsche Bahn are whacking up the prices on this route. A single ticket will now cost €150, an eye-watering amount for those who already feel trains are out of their pay range.

So what are the other options?

Low cost flights once provided an excellent alternative. With a flight time of roughly an hour, barring delays one could get from door to door in less than four hours. But Transavia has left the route, leaving the skies free for Lufthansa. Expect to pay upwards of €200 with Germany's flagship airline.

Flixbus tends to offer a cheap route down to south Bavaria, but you need patience to bear it. One can normally get there and back for under €50 (but watch them hike up their prices during Oktoberfest). The problem is that the buses rarely arrive on time – you're doing well if the bus is 30 minutes late.

And ride sharing? The obvious downside is that you never know how good your driver will be. Given the fact that Germany has no speed limits on much of the autobahn, it’s not necessarily suited to people who want peace of mind. But ride sharing app BlaBlaCar does have ratings for drivers. It's also (still) quicker than the trains and much quicker than the buses and will cost you a little over €60 to get there and back.

Travelling from the Rhine metropole up to Germany’s famous port city on the train, you’ll be there in around four hours. So to make the journey for the weekend, for example, would be more than worth it. If you set off at 8am, you‘ll be in Hamburg by midday. And you can leave the following evening and easily be tucked up in bed before midnight.

If you’re organized enough you can get a return train ticket for a Sparpreis (reduced price) of €145. But there is only a limited stock of these, so if you're too slow, you’ll be paying a rather more hefty €188.

Flying between the two cities will be a more attractive idea for many. Lufthansa’s low-cost subsidiary Eurowings flies the route in roughly an hour, meaning a likely door-to-door time of under four hours. And if you book early there are tickets available for a little over €100.

Travelling by bus between these two cities makes sense from the financial point of view. But the time certainly doesn’t make it logical for a weekend break. You’d be wiping the sleep out of your eyes to make the 6.55am bus, before a cramped seven hour journey north. That'd leave a tight 24 hours to explore Hamburg before you board your return bus. For a longer stay it's certainly worth thinking about though – does a return price of €35 tempt you?

Car sharing lands somewhere awkwardly in the middle. The journey time will be about five hours plus getting to pick up point doesn't lend itself to a weekend break. And getting there and back is going to cost a bit more than the bus at €50. On the other hand, if you're chatty you might have a free German lesson thrown in.

If you’re travelling by train from the capital to Düsseldorf, you’ll need to plan in a little over six hours, and possibly also a change. You’d better also book early, because if you miss out on the saver tickets you’ll be dishing out €273. (A saver ticket is quite a bit cheaper at €105.)

There is a desperate need for a challenger here, and one mode of transport stands out.

Forget about the bus, unless you’re prepared to get a very sore bum over a 12-hour journey. Flixbus offers almost nothing that is direct, and even those take over eight hours. Ridesharing is also of little help. Most offers take you to some town in the urban sprawl that is North Rhine-Westphalia, but you’ll be hard pushed to find someone who'll actually bring you to the state capital.

Thankfully though, a flight with Eurowings takes a little over an hour and costs €90 (if booked a month or so in advance) even at the weekend. (Last minute purchases are likely to put you closer to the €300 mark.)

There is a very good connection from the port city to “Mainhattan” on the train, getting you there in a smooth three and a half hours. And if you book while saver tickets are still available it’ll cost €128. This certainly isn’t one for the spontaneous traveller, though. A full price ticket costs €245.

A rideshare is something to think about on this route if you'd prefer to save cash. It takes a little over five hours one way, and getting there and back will cost around €60. The bus is less attractive, with journey times starting at seven hours. And if you don’t buy a few weeks in advance, you could also end up paying up to €50 one way.

Meanwhile Lufthansa is the only airline offering this route, so expect costs at least as high as those with the Bahn.

Conclusion
All in all, we can't agree with our readers who prefer the German rail system. It is mainly the most expensive option, and is rarely the quickest. While it is true that German high speed trains are wonderfully comfortable, Deutsche Bahn often requires the luxury of time and money. 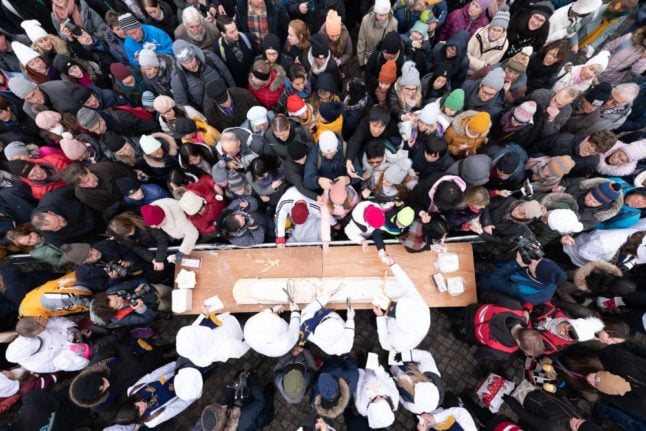