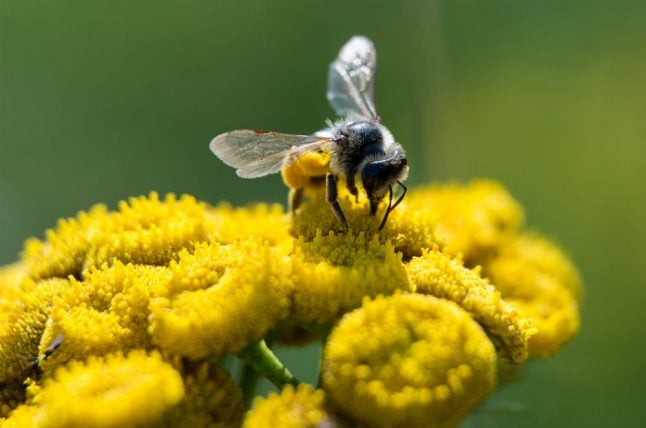 While it is well documented that butterflies and bees have been disappearing in Europe and North America, the study in PLOS ONE is the first to document that flying insects in general have decreased by more than three-quarters across Germany since 1989.

Researchers are concerned because insects are important pollinators and also a key part of the food chain, serving as meals for birds and other small creatures.

“The fact that flying insects are decreasing at such a high rate in such a large area is an even more alarming discovery,” said lead researcher Hans de Kroon of Radboud University.

For the study, researchers used sticky traps to collect insects at 63 nature reserves, then measured the biomass, documenting changes over time.

Over the past 27 years, they found an average decline of 76 percent, with the effects appearing worst in summer (82 percent).

“All these areas are protected and most of them are managed nature reserves. Yet, this dramatic decline has occurred,” said co-author Caspar Hallmann from Radboud University.

While the study did not pinpoint a reason for the drop, researchers said many nature reserves are encircled by farm fields, and that pesticides could be to blame.

“As entire ecosystems are dependent on insects for food and as pollinators, it places the decline of insect eating birds and mammals in a new context,” said de Kroon.

“We need to do less of the things that we know have a negative impact, such as the use of pesticides,” he added.

“We also have to work hard at extending our nature reserves and decreasing the ratio of reserves that border agricultural areas.”