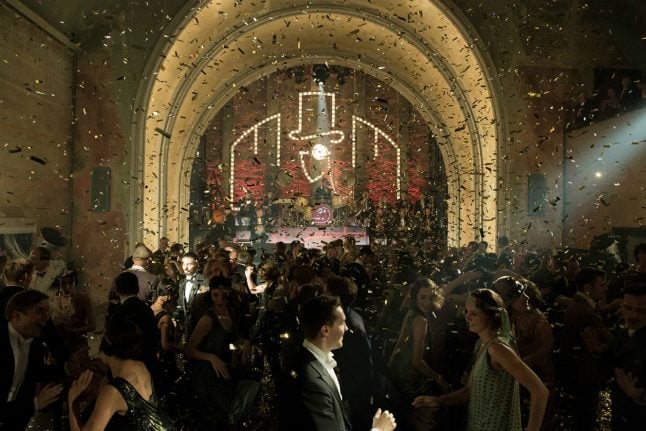 Sky's investment has seemingly paid off, however, as according to W&V, the first show pulled in 404,000 live viewers and a further 407,000 viewers watched the programme up until late Sunday evening on demand.

A swell of international interest has amassed too. Netflix has already secured it for the U.S, Australia and New Zealand, while Beta Film, the production company, says it has sold the viewing rights to 60 countries including Spain, France, Denmark, Finland.

Babylon Berlin is available on Sky in Germany, Italy and the U.K.

Elke Walthelm, Executive Vice President of Content for Sky Germany told W&V, “The launch of Babylon Berlin even exceeded our already high expectations. After Game of Thrones, we have obtained the strongest series start on Sky of all time with Babylon Berlin.”

READ MORE: Where to go in Berlin for a taste of the Weimar Republic

But what has made this show so immediately and internationally popular?

The show cashes in on the decadence and luxuriousness of the time, as well as the political instability, which meant crime ran wild in the so-called “City of Sin”.

Babylon Berlin's website describes Berlin at the time as “a metropolis in turmoil. From economy to culture, politics to the underworld – everything is in the grip of radical change.”

This sets the scene for the intense crime drama. But the lavish, visually appealing backdrop provides respite from the darker themes and psychological thrills.

The decision to keep the dialogue in the original language is a courageous leap given the limited success of previous foreign-language shows. But director Tom Tykwer adamantly refused to do the series in English.

This decision may have been spurred on by the success of Deutschland 83, a German language production which was internationally acclaimed in 2015, despite limited success in Germany.

Focusing on the Weimar Republic is also a departure from the traditional so-called “Stasi or Nazi” formula for German historical drama which has dominated both TV and film as of late, notes Vanity Fair. Although Kutscher's novels do continue on into the Nazi era.

Babylon Berlin airs on Fridays on Sky and is available on Sky Go and Sky On Demand.