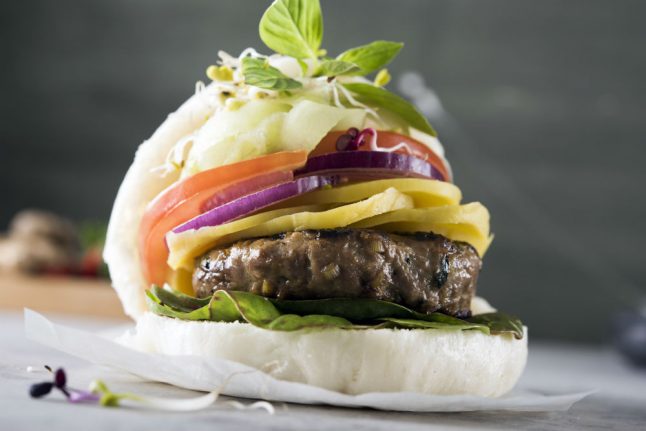 The survey, conducted by market research company Dalia Research, found that Germans would like to see more American food – including craft burgers – over any other type of food on offer in their country.

Whereas burgers came in first place in the survey with 22 percent, local German food, Chinese food and Greek food all tied in second place with 21 percent, respectively.

But demand among Germans for good quality burgers with more options for sides and toppings has been ongoing for years now.

Using Google trend searches, Dalia Research found that burgers as a search term has steadily remained more popular than searches for German, Chinese, Mexican and Greek food in Germany since 2004.

It seems Germany’s fling with the burger isn’t over just yet.

Demand for gourmet burgers and a trend away from established fast food giants such as McDonald’s and Burger King really began to boom in Germany in 2015. That year in the nation’s capital, the number of high-end burger joints skyrocketed from 1 to 100, according to Handelsblatt Global.

In 2012, McDonald’s reached a peak in sales of €3.25 billion in Germany, but it declined in 2013 and 2014 before increasing again in 2015. McDonald’s CFO Kevin Ozan said that while guest traffic was beginning to strengthen overall in the German market, “guest counts remain negative” for the first quarter of 2017.

Tastes seemed to have changed; Germans are willing to spend more on a customized rendition of an old favourite now more than ever.

A short stroll around the Local’s office in Berlin’s Prenzlauer Berg neighbourhood reveals several burger joints to choose from, such as O Der Burger, SchillerBurger and Kreuzburger, to name a few. In other Berlin neighbourhoods such as Mitte, Kreuzberg and Neukölln, boutique burger shops abound as well.

By the end of the year, popular American fast food chain Five Guys is set to open their first German location in Frankfurt, according to local media in the financial hub.

Famed for their customized burger toppings and sauces and innovative milkshakes, the fast food giant announced on Facebook that they’d be coming to Germany in March. Social media immediately reacted with eager people asking whether Five Guys would be coming soon to their city.

The post received over 4,000 likes and more than 800 shares; Five Guys have stated that they plan on expanding in Germany with a shop in Essen and possibly Cologne, Munich and Düsseldorf.

But it isn’t just American chains in Germany riding the burger wave.

Back in 2010, Thomas Hirschberger was the first to base his business model on the gourmet burger trend when he opened up Hans im Glück in Munich. Now the chain has dozens of locations all across the Bundesrepublik and the founder has no plans on slowing down.

Hirschberger announced last year he saw potential for an additional 300 to 500 locations.

The chain tailors its menu to the tastes of its guests, describing its burgers on its website as using “100% juicy grilled beef” on “classic sourdough or multigrain buns.” Hans im Glück emphasize that they offer plenty of vegan options too, as well as a low-carb burger served without a traditional bun.

“The guest has money and he is also willing to spend it on freshness and quality,” Jochen Pinsker from market research company NPD Group told die Welt.

When Holstein opened up his first restaurant in 2014, he based it on a simple concept – to serve up burgers made from sustainably produced beef sourced from the Lüneberg Heath area in tasty, home-baked buns.

In London, where von Holstein had previously worked as a lawyer, it had long been perfectly normal to spend €10 or more on a burger. The most expensive offering in his restaurant is a truffle burger which costs €10.50 without a drink and fries – much more than what a standalone burger costs at McDonald’s.

Germans have voiced their demand for better quality, unique burgers and they're getting it; with burger chains from overseas arriving in the country and the expansion of German-based burger chains, the gourmet food trend looks set to continue at least for the foreseeable future.