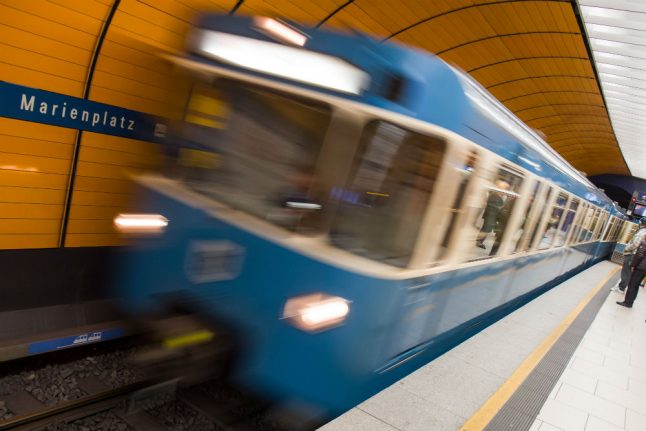 File photo of an U-bahn station in Munich. Photo: DPA.

The 19-year-old woman and the 20-year-old man had only initially been kissing intensely.

But when the young woman started to satisfy her partner orally, a 46-year-old female passenger was so annoyed, she approached the couple and spoke to them.

Insults were then exchanged between the couple and the passenger, after which police and security guards arrived at the scene and helped to end the dispute at Munich's Max-Weber-Platz U-Bahn station.

For Edward Imblon, an employee at Munich Transport Corportation (MVG), this isn’t a unique sight. In the 30 years he’s worked at the company, “two or three times” couples have been busted having sex on the U-Bahn, he told Merkur newspaper.

What’s more worrisome for him though is that employees are being insulted or abused by passengers, for instance if their bus or train is late and it isn’t their fault.

“Verbal attacks have become part of the daily business. You need a thick skin for this job,” said Imblon.

The couple can now expect to face charges for public nuisance and committing verbal abuse, police reported on Monday.