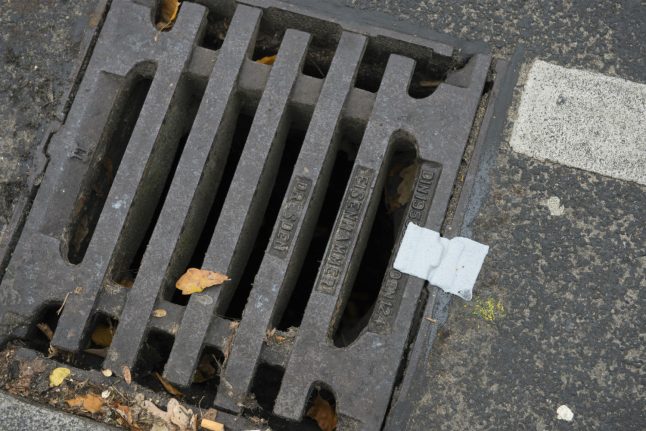 According to the Hamburg Fire Department press report an elaborate fire service rescue operation was carried out near the St. Pauli U-Bahn station on Tuesday morning to pull the man out of the drain after his hips had become wedged in the opening.

The man had reportedly dropped his keys through the grating in the street.

After the recent remake of the movie 'It', in which a monster clown lures a child into a sewer, many wouldn't have blamed him if he had decided to leave the keys in their new home. But seemingly unafraid (or perhaps not a fan of Stephen King novels) the man removed the metal cover and reached down head first into the drain, before becoming stuck upside down in the 25cm-by-60cm shaft.

A passer-by notified the emergency services when they realized the man was stuck. Three fire department vehicles and one medical vehicle were then dispatched to the scene.

After it became apparent that man power alone could not pull him out, the fire crew prepped the rescue machinery, which included an inventive combination of slings and abseiling equipment.

The man was reportedly upside down for roughly 40 minutes in total. The emergency services managed to lift him out of the hole by his legs, using the ladder on the top of the fire truck as a fixed point.

The man did not appear to be badly hurt but was taken to hospital as a precaution in case he had sustained trauma from hanging upside down for such an extended period of time.

A total of 23 personnel were involved in the rescue mission, including people from the Hamburg Fire Department and the Armed Forces Rescue Centre.

But most importantly, according to Bild, the man did manage to retrieve his keys.