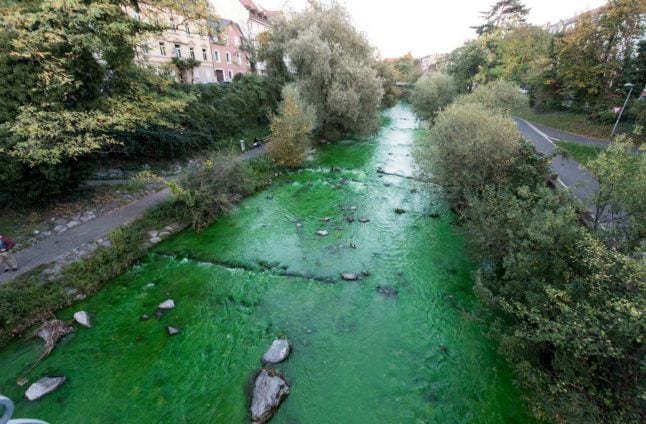 Fire services arrived at the scene on Saturday afternoon and, after conducting tests, they confirmed that the substance was neither an acid nor an alkaline solution. The water's pH value was neutral, the tests confirmed.

“What we are dealing with here is a liquid that is used when one searches for leaks. It is nothing other than a green food colouring,” a police spokesperson said.

Police are now searching for an explanation as to what caused the substance to enter the city's main river. The colouring first appeared at a stretch of the river where the power station is situated and authorities are investigating whether the station may have had a role in accidentally leaking the substance.

Authorities have said that no animals or plants have been reported to have suffered due to the leak, and they do not believe that it poses any health risk.

The substance has also since flown through the river and the water has returned to its original colour.

This isn't the first time that a river in a picturesque European town has turned bright green. In France in 2016 environmentalists put dye into the water of several rivers to draw attention to water pollution.

There was also briefly alarm in Spain early this year when a river in the Pyrenees turned green. Again the cause turned out to be a harmless dye.