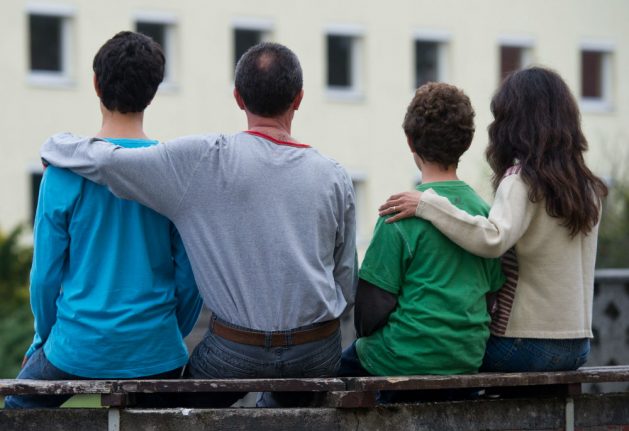 File photo of a Syrian family in Brandenburg. Photo: DPA.

The figures were published by the federal government in response to an inquiry from Ulla Jelpke, a lawmaker for the left-wing Die Linke party.

In the city state of Bremen the protection rate for refugees from Iraq was 96.4 percent in the first six months of 2017 – almost twice as high as in Berlin, where the rate was 50.3 percent. The report also stated that there were major differences in the decisions on applications from Afghans and Iranians.

In contrast, the protection rates for Syrian asylum seekers in all of Germany’s states was found to be over 99 percent.

Recognition rates describe the proportion of people who have received recognized refugee status in Germany and are allowed to remain in the country. Procedures decided on formal grounds, for instance when another EU country is found to be responsible for deciding on an asylum seeker’s application, were not taken into account in the recognition rates.

But what could account for the imbalance across the country?

“There is no denying that there are very different ratios in the federal states without plausible explanations for this being apparent,” said Jelpke.

It isn't acceptable that Afghan refugees in Brandenburg or Bavaria, for example, have only about half the chances of obtaining protection status as they do in Bremen, she added.

Jelpke claimed to have heard there was a particularly negative decision-making practice in Bavaria with regard to Afghan refugees.

“It would be a worrying finding if the particularly negative political mood in Bavaria were to have a negative impact on the outcome of the asylum procedures for Afghan and other refugees,” Jelpke said, adding that the reasons why asylum approval rates differed so greatly from state to state deserved further investigation.