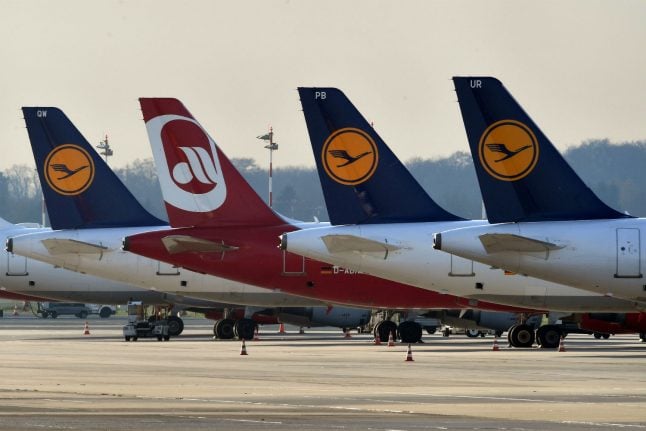 The deal has sparked controversy in the European aviation sector, with the German government facing accusations it helped steer the process under a plan to build the Frankfurt-based carrier into an all-conquering juggernaut.

Germany's largest airline will snap up some 81 of Air Berlin's 144 aircraft and take on 3,000 of its 8,500 staff, Lufthansa chief executive Carsten Spohr said in Berlin, hailing it as a “great day” for his company.

Lufthansa is set to sign its deal with Air Berlin at noon local time (1000 GMT).

Air Berlin is “continuing to negotiate today” with Easyjet, the other bidder chosen for exclusive takeover talks with a Thursday deadline, a spokesman told news agency DPA.

Spohr said that Easyjet was interested in between 20 and 30 of Air Berlin's medium-range aircraft.

Lufthansa has yet to say how much it will pay under the deal, but Spohr told newspaper Rheinische Post Thursday that the group would invest 1.5 billion euros ($1.8 billion) related to the takeover.

He added that 80 aircraft was the largest addition to Lufthansa's fleet that competition authorities would accept.

European authorities must now decide whether to give Thursday's deal a green light, in a process that could take “several weeks or months,” Air Berlin chief executive Thomas Winkelmann said last week.

In the meantime, the carrier will operate flights as a subcontractor for the buyers, as insolvency rules forbid it from operating flights on its own account after October 28.

Its aircraft have been kept aloft by a 150-million-euro ($178 million) emergency loan from the German government while details of the breakup were worked out.

A crowd of German and international investors and competitors lined up after the bankruptcy was announced, with an eye not only on Air Berlin's aircraft but also its coveted takeoff and landing slots at the country's crowded airports.

In the race for exclusive talks, Lufthansa and Easyjet reportedly beat out IAG – owner of Iberia and British Airways – and three bids of between 500 million and 600 million euros apiece from private investors.

Irish low-cost airline Ryanair stayed out of the bidding as its outspoken chief Michael O'Leary denounced a German “stitch-up” designed to favour Lufthansa.

And Bavarian businessman Hans Rudolf Woehrl claimed the government was favouring the creation of a Lufthansa “monopoly” by rejecting out of hand offers to take over Air Berlin whole.

“It's right that carriers who haven't been able to make ends meet are disappearing from the market,” Spohr told Rheinische Post, pointing to Britain's Monarch, Italy's Alitalia and now Air Berlin.

Nevertheless, “competition will intensify in Europe and worldwide,” he said, adding that he expects “falling prices” for passengers in future.

Spohr also stressed that “it's in the German interest to have a strong national airline” with worldwide connections.

Lufthansa also used a briefing paper earlier this month to take a swipe at Ryanair, arguing its complaints were “an attempt to distract from their own problems”.

The Irish company's chief operations officer stepped down this month after Ryanair was forced to slash thousands of flights up to March, mainly owing to a shortage of pilots.

As bosses wrangle over their grand strategies for the sector, unions complain that many of Air Berlin's staff face an uncertain future.

Winkelmann dangled “good job prospects for around 80 percent of our colleagues” with Lufthansa and Easyjet when the exclusive talks began.

Air Berlin pilots called in sick en masse in September in a protest against the lack of information, but they will benefit from a stripped-down recruitment process at Lufthansa – hungry for aircrew for low-cost subsidiary Eurowings.

The company has organised job fairs for other staff in cooperation with local governments, other big German firms and the federal employment agency.