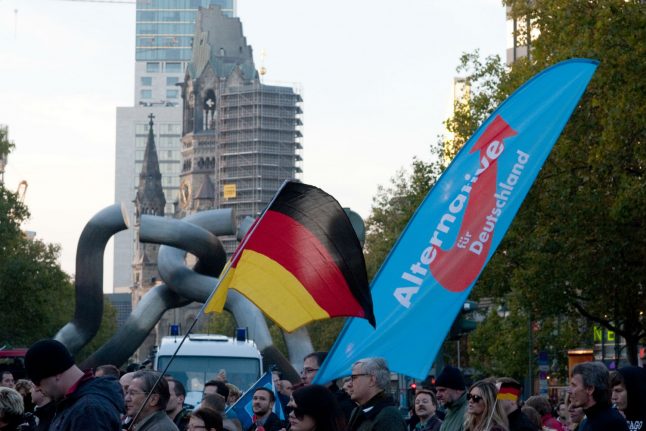 Frank Neppe told party members in an angry letter that he was quitting the party faction in the NRW parliament as well as leaving the party itself.

In the letter seen by DPA, Neppe complained that statements made by party leaders were “steering the party ever further towards the right of the political spectrum”.

In the run up to the national election the AfD campaign leader Alexander Gauland made several highly controversial statements, including calling for Germany to show pride in the achievements of its soldiers in the Second World War. He also said that a Social Democrat politician of Turkish heritage should be “dumped” in Anatolia.

Neppe said in his letter that the controversial statements strengthened far-left activists in their belief that it was justified to threaten AfD politicians. He claimed that the party had “offered no help whatsoever” when his house was attacked.

“I’m very disappointed with the way certain members have been more concerned with satisfying their own egos rather than dealing with the issues at hand,” the letter stated.

“Just like a flag in the wind they change their opinions to always try and stay on the side of the apparent majority. That they also now support forces who are unavoidably dragging this party towards societal acceptability is of no concern to them.”

The wave of resignations from party factions in state parliaments and in the Bundestag (German parliament) began when the party chairwoman Frauke Petry dramatically announced at a press conference after the national election that she was quitting.

The surprise announcement left fellow party leaders seated beside her stunned and grabbed the headlines away from the far-right party’s success the previous day, when they won 12.6 percent of the national vote.

Since then, Petry’s husband, Marcus Pretzell, who was leader of the party in NRW, is one of several politicians to quit the AfD ranks.

In the Bundestag, newly elected MP Mario Mieruch announced last week he would be leaving the party, while in state parliaments in Saxony, NRW and Mecklenburg-Western Pomerania eleven AfD politicians have so far deserted their factions.