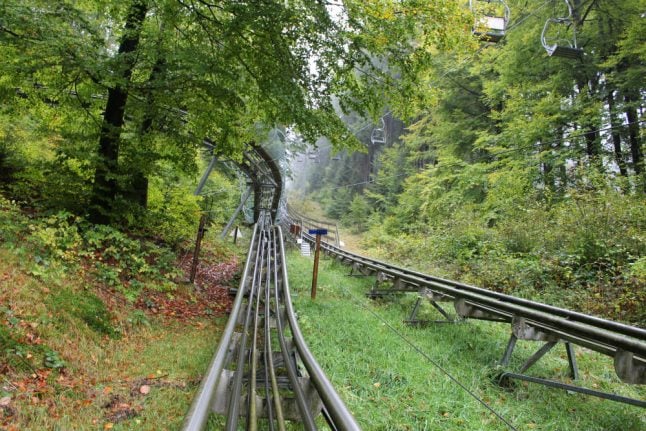 The 12-year-old boy was immediately cared for by park attendants, rescue service workers and an emergency doctor after the accident on Saturday afternoon. He was then flown by helicopter to a hospital in Gelsenkirchen with non-life threatening injuries.

How and why the accident happened are not yet known, stated the Fort Fun Adventure Land amusement park on its website.

According to the headquarters of the police department of the Sauerland district, the incident is still being investigated.

“The safety and well-being of our guests are always our top priority. Our thoughts are with the child and his parents,” the amusement park said.

The ride, called Trapper Slider, will remain closed at least until the weekend.

“We will use this week to analyze the exact course of the accident,” said Andreas Sievering, managing director of Fort Fun on Monday morning.

“Like all our rides, the toboggan ride Trapper Slider is subject to strict safety regulations and is regularly inspected,” stated the park on its website.

But the accident is not the first of its kind at Fort Fun.

In summer 2000, a seven-year-old boy was also seriously injured on a summer toboggan run at the park. Due to a crack in a channel which was overlooked, the boy got into an accident in which his arm was almost completely cut off, though it could be reattached later. In 2003, Fort Fun shut down the ride completely.

There have moreover been two other summer toboggan run accidents in NRW.

In June 2009, a man sustained life-threatening head injuries when he fell out of his seat at full speed while on a summer toboggan ride in Bottrop.

In October that same year, also in Bottrop, two people were injured when their toboggan tilted out of the track and fell 1.2 metres. One of them suffered severe head injuries. According to investigators, high speeds and a water film on the magnetic brakes were the causes of the accident.

The riders are believed to have crossed the finish line without braking, while ignoring signs telling them to do so.