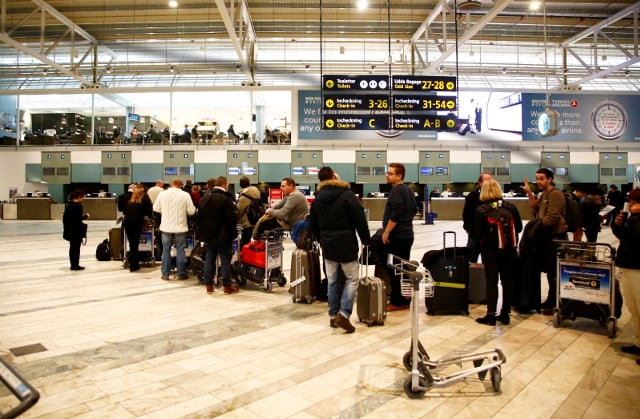 Parts of a departure hall at Landvetter Airport were cordoned off by police on Thursday after security screening detected the suspicious object. The bomb squad was called in and the cordons later lifted.

The man was arrested on suspicion of attempted devastation endangering the public, which he denied.

But police chief Erik Nord said the analysis had showed that the substance was not dangerous. Asked by public broadcaster SVT what it was, he said: “That's for the lead investigator to answer, but it looked like food.”

The man was travelling to another EU country, said police, but was seized while attempting to go through the security checks for domestic departures.

According to unconfirmed reports in newspapers Aftonbladet and Göteborgs-posten (GP) on Friday morning, the object was believed to be the explosive substance TATP (triacetone triperoxide). The substance is difficult to detect and has been used in several terror attacks, including the November 2015 Paris attacks and the 2017 Manchester Arena bombing.

However, shortly after 2pm on Friday the prosecutor said the man had been released from custody.

“An analysis of the suspicious objects has been made during the day and the man is no longer suspected of any crimes,” read a statement. “The prosecutor is not able to comment further on the decision.”