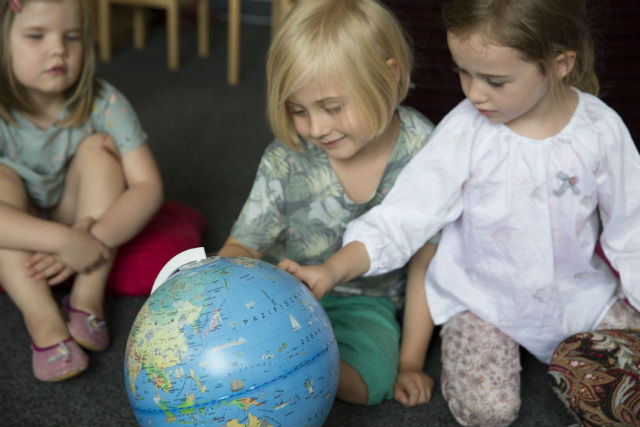 Many school-aged children experience cultural diversity every day. Whether that’s classmates who have relocated with their families, friends from a different ethnic background, or even teachers who have moved to a new country for work — people are more internationally mobile than ever, and it’s shaping societies everywhere.

Intercultural education teaches children to understand and accept people from different cultures and backgrounds. It encourages them to see diversity as a regular part of everyday life and sensitises them to the idea that we’ve all been formed by different cultural learnings and customs.

It also raises awareness of the cultural conditioning behind their own behaviour and beliefs — something many of us aren’t typically aware of. Through intercultural education, children also learn to respect other people’s views and deal with each other in a constructive manner, something they will take with them through to adulthood.

At Phorms, a network of seven bilingual schools in Germany, intercultural education is a regular part of the school day.

Many of its 769 staff members come from countries all over the world, including South Africa, the USA, Australia, and the UK — it’s a truly international environment where kids are taught in both German and English from nursery school to the end of year 12.

Each teacher adheres to the state’s curriculum while bringing with them best practices gained throughout their international teaching experience. This means children are exposed to an amalgamation of teaching methods and cultural nuances every day.

Thembela Vischer, early childhood educator and kindergarten teacher at Phorms’ Josef-Schwarz-Schule, comes from South Africa and is just one of the many Phorms teachers that draws on her heritage to teach.

“We love singing and dancing in South Africa. Singing is in my blood, and I love teaching the kids English in a playful and intuitive way.”

She has also introduced a typically South African teaching technique that helps children improve their coordination.

“In South Africa, we frequently use beads in the classroom; I’ve adopted this method to teach my pre-school class to recognise and create certain patterns, for example, and learn colours. Threading and sorting the pearls also improves their motor neurone skills.”

Thembela is not the only teacher utilizing techniques not traditionally applied in Europe. Phorms Frankfurt City’s Head of Primary School Nickolas Praulins uses methods he picked up in his native Australia.

He has been particularly influenced by the Reggio Emilia approach, which he learned while working at a school in Melbourne. The concept relies on working with children’s strengths rather than against their weaknesses.

“I think this way of teaching is really fascinating,” he says. “It means children learn in the way they want to, not the way they have to.”

As part of its strong focus on intercultural education, Phorms also encourages children to embrace their own cultural and linguistic background, and celebrate each other’s.

“The teachers are all very different, but the children also bring a huge amount of diversity to the school,” she explains.

“Last month, for example, we celebrated International Mother Language Day at school, and in my class alone there was an array of different mother tongues, including Urdu, Japanese, French, and Spanish. We learn from and with each other every day.”

Despite their different backgrounds, Julie says the school has formed a tight-knit community. It’s proof that through intercultural education children are more accepting of each other’s differences and is a testament to the teaching method.

“There’s usually a strong sense of community in US schools. I’ve found it’s the same at Phorms.”