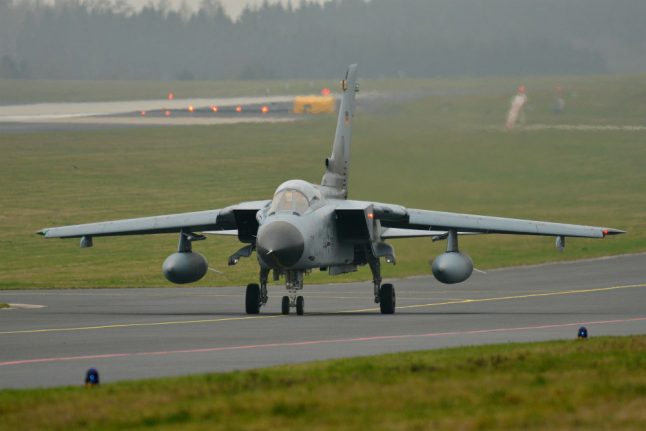 A military jet from Incirlik arriving in Germany. Photo: DPA.

Berlin decided in June to pull out the contingent after Ankara repeatedly denied German lawmakers the right to visit about 250 German troops then stationed at Turkey's Incirlik NATO base near Syria.

As part of the move to Jordan, Germany reduced the Tornado fleet that takes high-resolution images of potential IS targets from six aircrafts to four, citing the jihadist group's reduced strength.

“In a few days the surveillance jets will resume their missions for the coalition partners in the fight against the Islamic State,” a German defence official said.

Turkey had previously denied German lawmakers the base visits because of anger over Germany's parliament labelling the Ottomans' World War I-era massacre of Armenians a “genocide” in June 2016.

Germany joined more than 20 other countries in doing so.

Armenians say that 1.5 million of their people were killed by Ottoman forces from 1915 in the first genocide of the 20th century.

Turkey vehemently rejects any use of the word genocide, saying that up to 500,000 Armenians died when they rose up and sided with invading Russian troops in World War I.