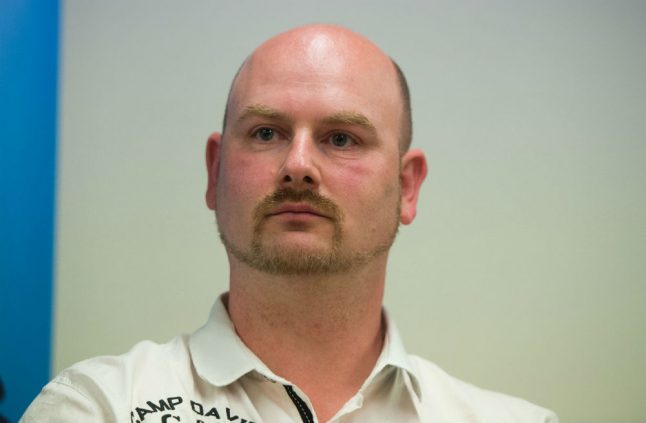 Mario Mieruch, 42, a founding member of the Alternative for Germany, said he was quitting the party's parliamentary faction, following in the footsteps of former co-leader Frauke Petry, who resigned from the faction and then the party last week.

The departure of the two MPs, who will now sit as independent lawmakers in the chamber, leave the anti-immigration and anti-Islam party with 92 parliamentarians on the opposition benches of the Bundestag.

“Keep going like this,” said a lawmaker of the far-left Die Linke party, Niema Movassat, on Twitter.

Mieruch told newspaper Bild that the AfD had not sufficiently distanced itself from comments by party member Bjoern Hoecke, who had called Berlin's Holocaust memorial a “monument of shame”.

Petry, 42, was a former co-leader of the AfD which won 13 percent in September 24's elections, becoming the first far-right party to enter Germany's parliament in large numbers in the post-World War II era.

But one day after the election, she walked out of a press conference over the party's growing radicalization and bitter infighting.

Shortly afterwards, she quit the AfD altogether, hinting at plans to form a rival party.

Petry – who sparked controversy at the height of Europe's refugee crisis by suggesting that police should be allowed to shoot at migrants to stop them entering – was charged with perjury on Wednesday over a campaign finance statement.