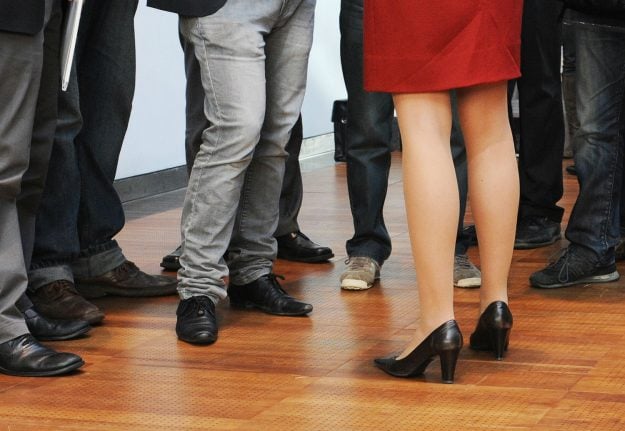 Female board members of the 30 companies that make up the blue-chip DAX index on the Frankfurt stock exchange earned on average around €3.0 million each in fixed salaries and bonuses in 2016, EY said.

The number for the first time surpassed the pay packets of male DAX board members, which came in at €2.86 million.

The figures do not include the salaries of chief executives, for the simple reason that there are no women CEOs among the DAX-listed firms.

“But as female candidates are far and few between, their market value rises and so does their remuneration,” it said.

Just 18 women are currently sitting on the boards of DAX firms, compared to 125 men – or roughly one woman for every seven men.

The female executives' strong “bargaining position” has seen their pay packets grow by 14 percent since 2013, the report said, whereas their male colleagues' remuneration has stayed roughly the same.

The study shows that Germany's new law forcing large corporations to reveal how much they pay employees in a bid to narrow the gender wage gap is “unnecessary” at the level of DAX executives, EY partner Jens Massmann said in a statement.

In those boardrooms at least, “the pay gap between men and women has been closed,” he said.

But the study said women still earned less than their male counterparts in small- and mid-cap firms listed on Frankfurt's other indices such as the MDAX.

Among the exclusively male bastion of DAX 30 CEOs, the average pay last year came to 5.4 million euros, the report said.