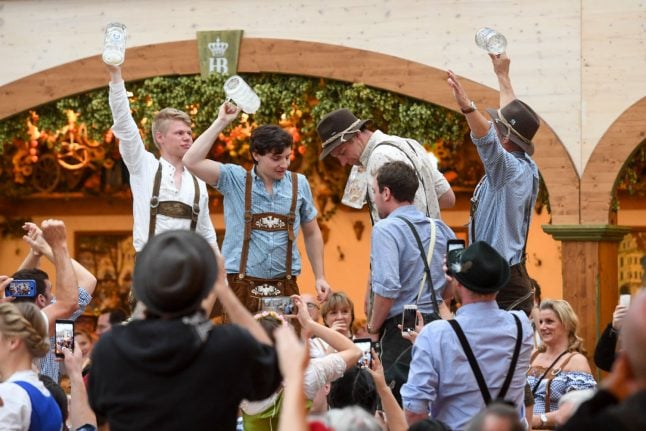 When police turned up at the scene they found that the man was so drunk that he was unable to respond to their questions. The 28 year old from Texas also repeatedly vomited, leading police to call in an ambulance to take him to hospital.

Officers took the year-old baby to their station at Munich central station. The child welfare office in the Bavarian capital then decided to take the baby into care.

Oktoberfest is the largest beer festival in the world attracting a global audience for its mixture of strong beer, traditional Bavarian food and fair ground rides.

Organizers expect visitor numbers to hit 6 million again this year after a dip in 2016 due to bad weather and security fears.

SEE ALSO: Oktoberfest: from punch up for lager louts to 'money-making machine'