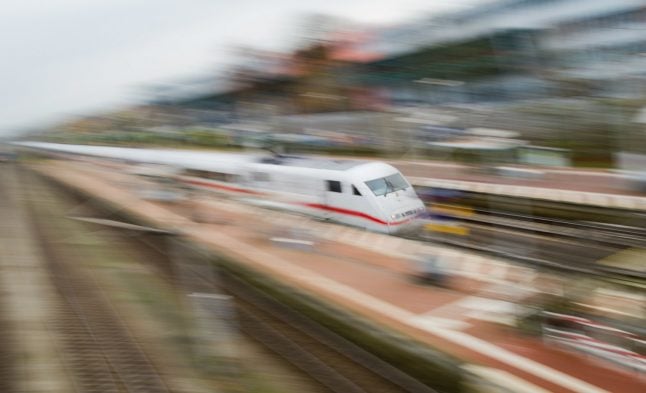 The man had already put his luggage on the ICE train but then got out and went back onto the platform. When he noticed the train moving away from the station he jumped between two carriages, grabbed onto the plastic “bellows” connecting them and used a small ledge to stand on.

“The 59-year-old can thank the rail personnel for the fact that he is still alive – they saw him as the train left Bielefeld station and were able to alert the train crew,” a police spokesperson said.

But by the time the driver found out about his extra passenger, the train was already whizzing through the west German countryside at 160 km/h. The driver was able to slow down his locomotive and bring it to a stop 25 kilometres down the track in Löhne, where the man was brought inside the train.

He made the rest of the journey to Hanover in the safety of the carriage. But the police were waiting to pick him up at his destination.