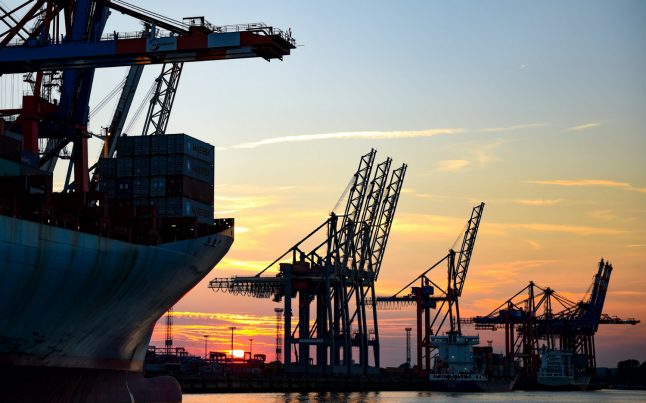 The EU is investing €7.7 million into the project and the new 5G service will supposedly be 10 times faster than the current service, downloading up to 10 gigabytes of data per second, according to the Hamburg Abendblatt.

Numerous European cities applied for the grant money, but only Venice and Hamburg were successful. Venice will be testing out the service’s functions for tourists, whereas the 7,200-hectare port will be used in Hamburg to test the service’s industrial functions.

Preparations are already being made in Germany’s second largest city and a transmitting mast will be attached to the Heinrich-Hertz Television Tower in the next few weeks.

The speed of the network means that the key functions of the port, such as traffic light networks, sluices and container transportation can all be controlled by mobile phone.
Jens Meier, managing director of the Hamburg port authority, told the Hamburger Abendblatt, “This is a great step in digital development and once again illustrates the fact that the port of Hamburg is the pioneer of state-of-the-art technologies.”

Advantages of the network include the fact that it doesn’t require cabling, unlike fibre optics, as the transmitters are directly attached to Telecom's mobile network. The project is in coordination with both Telecom and mobile phone manufacturer Nokia, but Telekom is taking the lead. The Heinrich-Hertz TV Tower. Photo: DPA
The testing is due to last until June 2019 and will be rolled out for public use nationwide in 2020. The super fast network could even lay the groundwork for self-driving cars.