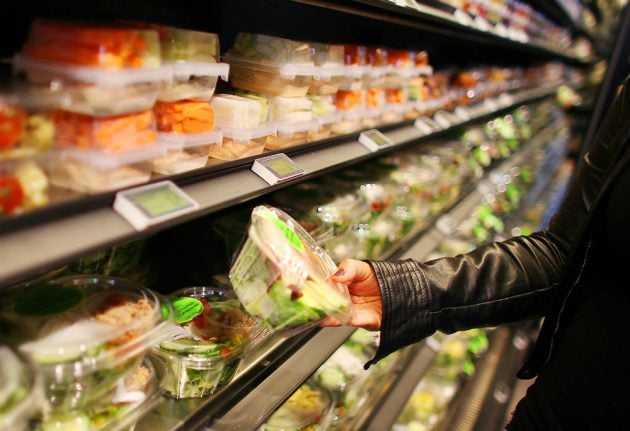 Police called on the public to stay calm on Thursday after confirmed that a “very unscrupulous” person added potentially fatal amounts of poison to five bottles of baby food in grocery stores in the city of Friedrichshafen on Lake Constance in southern Germany.

The perpetrator has threatened to poison food in further stores unless his demand for a multi-million euro payment is met, police confirmed.

Police make clear that poisoned products have only been found in shops in Friedrichshafen. Nonetheless they have initiated a cross-border manhunt for the suspect, while a 200-man team of investigators has been put on the case.

Authorities have urged the public to be vigilant about signs of tampering, releasing a surveillance camera image of the suspect, a man aged around 50 wearing glasses and a white hat. In a letter which was reportedly sent on Saturday to the police and large supermarket chains such as Aldi, Lidl, Edeka and Rewe, the person had demanded the sum of money. The letter stated that if the demand wasn't met, the blackmailer planned on adding dangerous substances to food in supermarkets and drug stores in Germany and abroad, naming certain shops in Friedrichshafen.

Thorough searches of the supermarkets were then conducted and some products containing dangerous substances were found. Police immediately removed all baby food from the shop shelves and their contents were examined.

A state consumer protection ministry official said the substance detected was ethylene glycol, used in anti-freeze products and brake fluids, which is toxic, and fatal in large quantities.