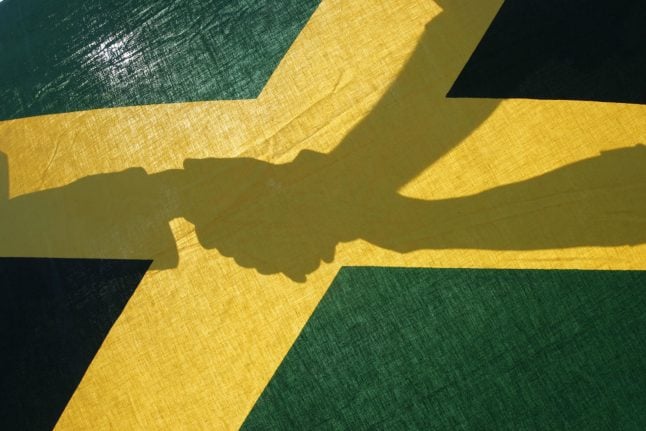 Merkel has said she aims to have a new coalition in place by the end of the year, and has already begun talks with potential partners.

The most likely outcome is a “Jamaica coalition” made up of Merkel's Christian Democrats (CDU), their Bavarian sister party the Christian Social Union (CSU), the Green party and the pro-business Free Democrats (FDP).

The biggest ideological differences exist between the Green party, who belong to the left-wing of the political spectrum, and the arch-conservative CSU. To make matters worse, the CSU just took a heavy beating at the polls and aren't in the mood to compromise.

While the FDP share socially liberal attitudes with the Green party, they are free-marketeers, meaning conflict also awaits on the environment and taxation. In June the Green Party released its 10 point plan for participation in government. Their seventh point includes the statement that “refugees should be allowed to reunite with their families in Germany.”

This demand is likely to meet strong push-back from the CSU. The current government stalled on allowing refugees with “subsidiary protection” to reunite with their families, pushing off a decision until 2018. The Greens will be reluctant to see this deadline delayed any further. But the CDU and CSU just lost roughly one million voters to the far-right Alternative for Germany as their conservative base felt betrayed on immigration. Now terrified of a strong AfD in the Bundestag, they are unlikely to budge on this issue.

An upper limit on refugees

Another issue related to refugees which is likely to cause for furious haggling during coalition negotiations is an upper limit on the number of refugees allowed into the country each year.

The CSU have been calling for this since late 2015 and at one point threatened to break away from the government if they didn't get it. But Merkel has always said she won't countenance the idea. And she will certainly have the support of the refugee-friendly Greens, who also rule out putting a number on the amount of people Germany will offer protection.

A power battle has broken out at the top of the CSU after they lost over 10 percent of their vote in the election, with hardliners pushing for the upper limit to become their “red line.”

Markus Söder, the ruthlessly ambitious Bavarian finance minister, demanded on Monday that it be in the coalition agreement. It is an open secret that Söder wants the top job in the CSU. His boss Horst Seehofer is vulnerable like never before and can't afford to appear weak on this issue. All of the potential “Jamaica coalition” partners have committed to the terms of the Paris climate agreement. But that doesn’t mean they agree on how to achieve its goals.

Climate is the Green party's raison d'être and they have set typically ambitious targets: they want to immediately close down Germany’s 20 dirtiest coal power plants, while also planning for 100 percent of German electricity needs to be produced by renewable energy by 2030.

The FDP have disparaged the Green party's methods as “too ideological”. They claim the Greens are too state-interventionist and that it would be better to let the markets provide the solutions.

“Renewable energy should play by the rules of the market in the future with all the chances and risks that entails,” the FDP election programme states.

The Greens have another ambitious target when it comes to the car industry – they want to set a deadline of 2030 by which time no more cars will be built with combustible engines.

Again, state-imposed deadlines on private industry don't go down well with the FDP, who claim that the car industry has been the object of a witch hunt in recent years. The Greens will also likely face resistance from Merkel's CDU. While the Chancellor has said the car industry needs to change its ways, she also doesn't want German car makers to sacrifice their leading positions in the global marketplace.

FDP leader Christian Lindner made headlines earlier this year when he claimed Germany had almost turned into a “kleptocracy” due to its high tax rates. His party claim in their manifesto that they will cut taxes by €30 million a year. While there may be some wiggle room in the CDU on tax cuts, Merkel's tough finance minister Wolfgang Schäuble has been reluctant to offer tax relief or to increase state spending.

The Greens are much more of a tax and spend party and would need considerable state funding to finance their ambitious environmental and social policy goals. They argue for an increase in the top rate of income tax and for new taxes on large corporations.