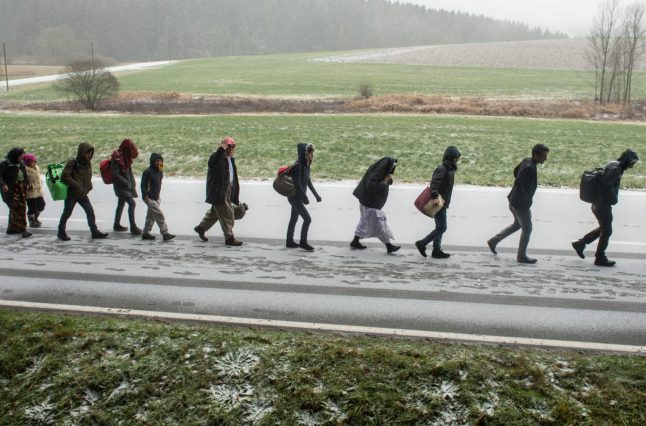 The report by the Bundestag Scientific Office, a team of non-partisan legal experts, stated that it is the role of the Bundestag (German parliament) to decide on all matters of essential relevance to the state.

In the document, the main findings of which were published by Die Welt on Friday, the experts do not explicitly say that the decision made by German Chancellor Angela Merkel on September 4th 2015 to take in tens of thousands of refugees was a decision “of essential relevance to the state.”

Instead they refer to a ruling by the Federal Constitutional Court on refugees reuniting with their families in Germany. The ruling stated that “parliament is obliged to decide on whether, and to what extent, the proportion of non-Germans in the population will be altered by the arrival of foreigners inside the country.”

Die Welt states that the implication is that the parliament should indeed have voted on whether Germany opened its borders, as the decision led to a change in the proportion of non-Germans to Germans in the country.

Merkel made the decision to take in several thousand refugees who were stranded in Hungary on September 4th 2015 after conversations with only the most senior members of her cabinet.

To this day, the government has not explained the legal grounds upon which it took the decision.

Even after September 4th, as tens of thousands of asylum seekers entered the country on a daily basis for a period of several months, parliament never voted on the policy of allowing them to enter the country.

German law states that refugees do not have a right to apply for asylum in Germany if they have entered the country through another signatory to the 1951 Refugee Convention.

The Bundestag legal experts state that, according to German law, refugees should have been turned away at the Austrian border. Exceptions to this rule can be made when the Interior Ministry issues an order to allow people to enter the country, but this order was never made.

Both the far-right Alternative for Germany (AfD) and the pro-business FDP parties say they want to establish a commission to look into the Chancellor’s border policies if they are voted into the next Bundestag.

“It was right to help those people,” Die Linke MP Sevim Dagdelen told Die Welt. But she added that Merkel and her vice-Chancellor Sigmar Gabriel had carried out the policy in such a way that they strengthened the far right.

“Unfortunately they never brought the Bundestag or neighbouring countries into the decision- making process.”