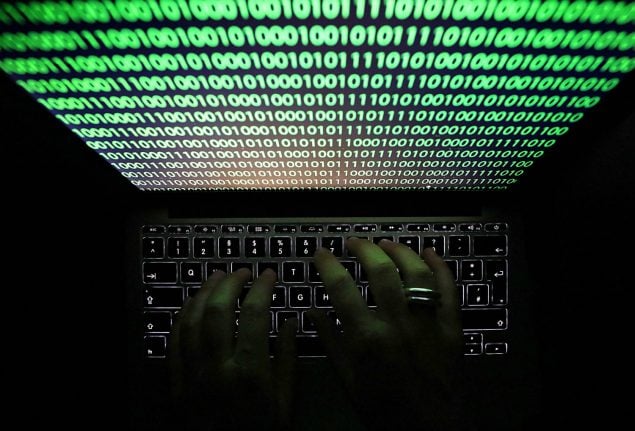 But even if Berlin avoids a last-minute bombshell of leaks or online sabotage, it sees Moscow's hand in fanning fears of Muslim migrants that are driving the rise of the hard-right.

The risk of Moscow attempting to use Germany's 2.5 million-strong Russian-German community as pawns moved into the spotlight with the 2016 case of “Our Lisa”.

Russian media spread the story – quickly debunked by German police – of three Muslim men who raped a 13-year-old Russian-German girl, and of a subsequent cover-up by police and politicians.

It sparked Russian-German street protests that escalated into a top-level diplomatic dispute between Berlin and Moscow.

Berlin's biggest fear, however, has focussed on a massive 2015 malware attack that crippled the Bundestag parliamentary network for days.

It netted 17 gigabytes of data which, officials feared, could be used to blackmail MPs or discredit them, possibly on new “BTLeaks” websites.

German security chiefs said “smoking gun” proof was impossible but blamed the hacker group known as Fancy Bear or APT28, which has been linked to Russia's GRU military intelligence and accused of attacks on Hillary Clinton's 2016 presidential campaign.

IT security experts sprang into action by drilling MPs and sensitising the public about the risk of online mischief, meme wars and other disinformation designed to sow doubt and discord and delegitimise the democratic process.

Security agencies BND and BfV warned of Russian influence operations, the IT security agency BSI started war-gaming attacks, and the military launched a Cyber Command while musing about the option of “hack-back” counterstrikes.

The Brookings Institution's Constanze Stelzenmueller told a US Senate committee in June that “for a Russia that is clearly bent on destabilising Europe and the transatlantic alliance, Germany is the prize”.

Weeks after Trump's election, Angela Merkel consulted experts about fake news and the bot algorithms that make them go viral.

“She was very interested, but not panicking,” recalled Simon Hegelich of Munich's Technical University.

Days before the election, there has been no mass leak, raising cautious speculation as to why Germany may have been spared.

For one, Germany's multi-party elections are harder to swing than a presidential two-horse race, and Merkel enjoys a huge, double-digit lead.

Then there is the risk of a damaging backlash, and of alienating pro-Russia lawmakers found across the German party system.

Interior Minister Thomas de Maiziere said Wednesday that “we have no indication that Putin interfered in the election”.

On a note of caution, he added: “Maybe they decided not to do it, maybe it's still coming.”