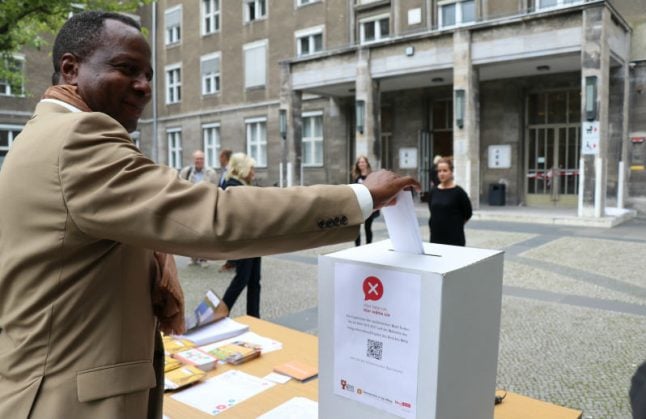 “I find it bad that I’m not able to vote,” Ania Seroka explained after she slipped her symbolic ballot into the box with her young son by her side.

In spite of having lived in Germany for ten years, Polish citizen Ania Seroka will not have a say in the country's federal election less than a week away.

But the social worker considers her right to vote “very important,” noting that employment is a particular issue of concern. “I want to have the best life I can here,” she said.

“I find it bad that I'm not able to vote.” -Ania Seroka, Polish resident in Berlin @BA_Mitte_Berlin @TheLocalGermany pic.twitter.com/JNNUGt3eda

Seroka had stumbled upon the symbolic voting station at a neighbourhood festival in the Moabit district of Berlin on Friday, similar to a Turkish man who had been living in Germany for 30 years.

When asked why he should have the right to vote, the Turkish man, who wanted to stay anonymous, said: “Democracy and freedom.”

He explained that he hoped to soon retire after working for many years as a teacher. He initially came to Germany to study teaching.

After casting his symbolic vote, he said that asylum and the state of the media were important topics for him. He also added that he would support either the Green Party or Die Linke (the Left Party) if he had voting rights in the actual election.

On September 24th, nearly eight million other foreigners in Germany won’t be able to vote to elect the national parliament of the country they call home, even though many of them have lived and worked here for decades.

Current voting laws state that only German citizens over the age of 18 may vote in federal elections.

But an initiative pushing for more participation, inclusivity with political processes, and democracy for people without German passports is trying to change that.

“I live here, I vote here,” is the name of the new campaign set up by Berlin's Bezirksamt Mitte (the district office) in cooperation with Demokratie in der Mitte, an organization based in the city’s Moabit and Wedding neighbourhoods.

For the first time ever in Berlin in the run-up to a general election, 20 symbolic polling stations were set up at community centres and local festivals in central areas of the city.

People without German citizenship were encouraged to have their say by filling out ballots that looked very similar to actual federal election ballots, containing one vote for a candidate and one vote for a party.

'A rethinking has to take place'

District councillor Sandra Obermeyer (independent) launched the start of the capital’s symbolic election period at the Tiergarten town hall in Moabit on September 11th. It was an emotional day for some, as several people who cast their vote for the first time were residents who had lived in Germany for 50 or 60 years.

According to Obermeyer, a rethinking has to take place especially during times of migration into the country.

Voting rights for long-term residents in Germany would enable them to participate in shaping policies that directly affect their lives, Obermeyer stated. This is why the district councillor is also pushing for the introduction of a municipal electoral law for non-EU foreigners. Whereas non-EU citizens currently cannot vote in local German elections, EU citizens can.

Symbolic voting rights all across Germany

But the campaign isn’t just taking place in Berlin. Similar polling stations have been set up in cities all across Germany; foreigners from Freiburg to Koblenz will also be granted symbolic voting rights before the actual election.

The initiative in Berlin is supported by Wir Wählen (We Choose), a nationwide network of representatives and organizations that started this year to push for political participation and an equal right to vote in the country’s national election.

“The right to vote of foreign citizens promotes integration and is an expression of social and political equality,” Wir Wählen states on its website, explaining that those affected by political decisions should be involved in society.

More information regarding symbolic polling stations outside of Berlin and their subsequent reveal dates can be found online.

Voting in Berlin 'will have resonance'

All the ballots from the polling stations in the capital city have now been collected and the results of Berlin's symbolic general election vote will be announced on Wednesday at 10:00am where the initiative kicked off, at the Tiergarten town hall in Moabit.

When The Local called the district office on Monday to find out how many people have voted symbolically so far and what results were expected, we were told that all these details would be revealed on Wednesday.

Obermeyer expects many people who had their say over the past week to attend. But at the launch on September 11th, she stressed the outcome was less important than the action itself.

“It is important that the people in the area go to the polling stations” because it will have resonance, she had said. 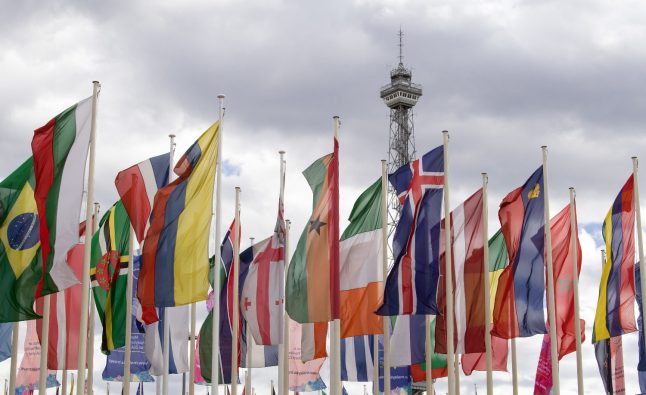 IMMIGRATION
In maps: Where do foreigners live in Germany? 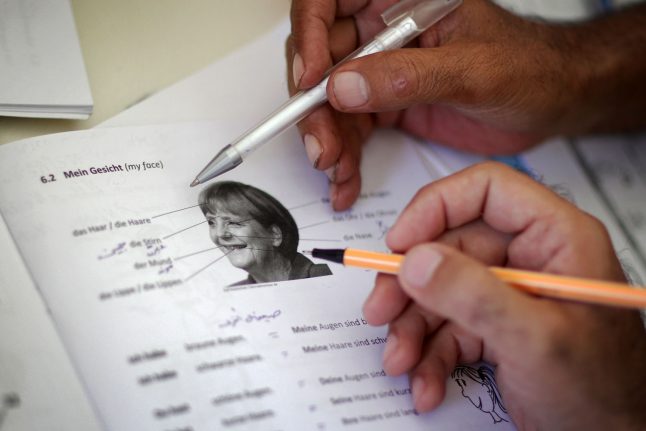