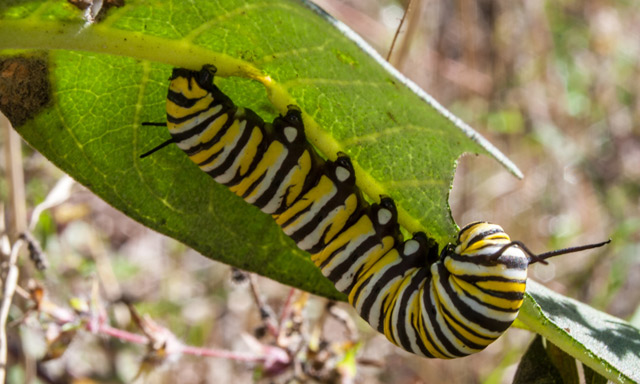 Photo: Depositphotos
That study, led by Federica Bertocchini of the University of Santander in Spain, concluded that larvae of the wax moth, Galleria mellonella, break down polyethylene as it passes through their digestive system.
Polyethylene, ubiquitous in plastic bags and packaging, poses a major threat to the environment, including for animals that get entangled in it, if not properly recycled.
Bertocchini and her team reported study results in April claiming to show that wax moth caterpillar intestines chemically biodegrade plastic.
But rival researchers from the Johannes Gutenberg University in Mainz, Germany, said the original work did not show “sufficient proof for the bio-degradation of polyethylene”. It remains unclear, they said in a statement, whether the caterpillars digest the plastic with enzymes in their gut, or whether they break the substance down through a process of “mechanical milling” — in which case the plastic would be excreted chemically unchanged.
The Bertocchini team had applied a mush of squished wax moth caterpillars to plastic in the lab, and reported it breaking down into ethylene glycol. From this they concluded that an enzyme may be at work, which might inspire a plastic-dissolving substance that could be produced in large quantities to eradicate ever-growing plastic mountains.
But the German team said that “essential signals of ethylene glycol are missing” from the original study results. And in their own experiments, they managed to obtain the same level of degradation as reported in the study, using a mix of egg yolk and ground pork.
“While the biodegradation of mostly inert artificial polymers is definitely a very interesting research field, we must respectfully disagree with the methodology and conclusions from this paper,” the German team wrote.
Their findings were published in the journal Current Biology, which also printed the original study. The authors of the original study have not responded to a request for comment.