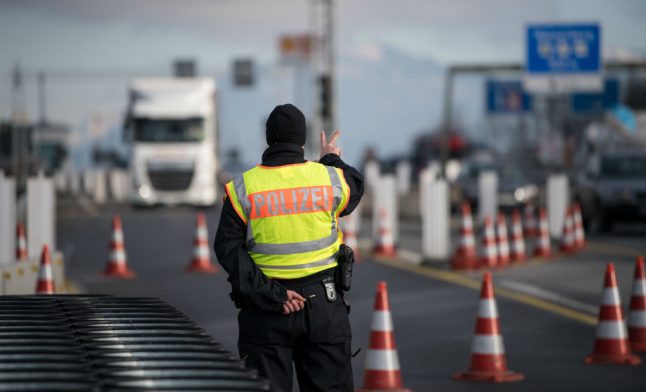 A police officer at the Germany-Austria border. Photo: DPA.

On Wednesday, Juncker held his annual State of the Union speech in which he expressed his vision for the EU’s future to the European Parliament in Strasbourg. He called for the abolition of border controls between all the countries included in the EU.

The 1985 Schengen Agreement, which led to the creation of Europe’s Schengen area, abolished permanent border checks and was signed by five of the ten members states at the time.

Of the current 28 EU countries, the UK, Ireland, Cyprus and the relatively new members Bulgaria, Romania and Croatia have been left outside of these borders; the Schengen area is comprised of 22 EU countries.

De Maizière also reaffirmed intentions to maintain controls at Germany's border with Austria, which were not actually planned under the Schengen Agreement. “As long as the EU's external borders are insecure, there will be the need for internal border controls,” he said.

Austria was also opposed to the expansion. Vice Chancellor Sebastian Kurz said that there are rules for all member states that need to be met. “The euro and the Schengen were and are open to everyone, but only for those who meet the criteria,” he said.

ID checks at borders were introduced at the height of the refugee crisis which began in September 2015. Germany, Austria, Denmark, Sweden and non-EU Norway had introduced the controls and have been allowed to repeatedly prolong them at set intervals in response to the massive migrant influx.

Asked about the European Commission's plan announced in May not to continue the controls beyond a planned end in November, German Chancellor Angela Merkel told reporters: “given what the situation is at the moment, I believe we need these border controls.”