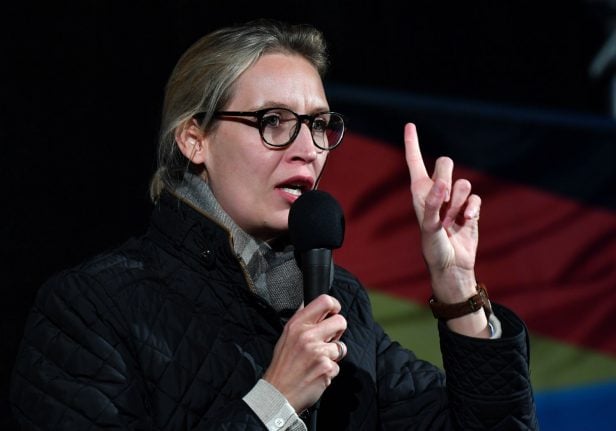 The weekly magazine claimed that Weidel employed a student and then a Syrian refugee to work in her house in Biel, Switzerland in 2015.

According to the report, Weidel never offered the women work contracts, nor were they asked for invoices for the work they had done. Payment was also always in cash.

The AfD leader’s lawyer told Die Zeit that she had “friendly relations” with a Syrian woman, who was also a guest in her house on occasion.

“That the asylum seeker was employed in our client’s house, or that she had worked for a wage is false,” the lawyer stated.

AfD spokesman Christian Lüth claimed on Tuesday that certain payments to people who work in one’s house are legal according to Swiss law.

Weidel is currently campaigning as the lead candidate for the AfD in upcoming national elections, to be held on September 24th. Some polls indicate that the party, which is running on an anti-immigration ticket, could win the third largest number of seats in the next parliament.