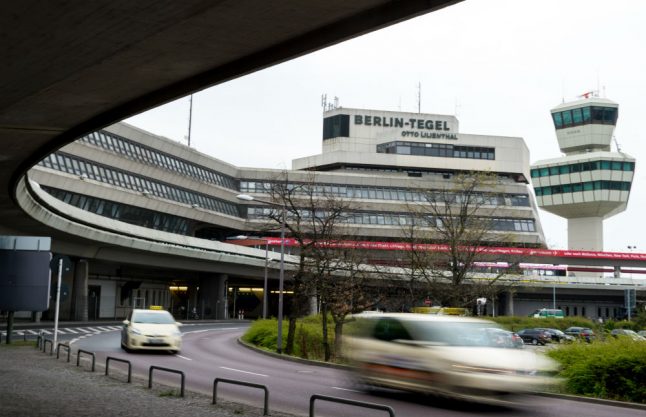 As the €6 billion white elephant sits empty, marred by cascading technical problems, momentum is building to keep open the smaller Tegel airport it is meant to replace.

A relic of Berlin's Cold War division, Tegel, or TXL, with its 1970s-era hexagonal terminal complex, has seen better days, but is popular for its convenient location in the city's northwest.

Now an initiative to “Save Tegel” has sparked a bitter political dog fight, pitting fans of the city airport against some 300,000 residents who dream of a life without the roar of passenger jets above.

Berliners will be asked to vote in a referendum on September 24th, national election day, on whether to overturn the long-scheduled closure of Tegel – and polls indicate the initiative could succeed.

Planes would keep flying to and from the area which the city-state of Berlin has designated as the site of thousands of new flats, a science university and a business start-up hub.

It is a prospect dreaded by local resident Elke Steinel, 46, who has a front-row view of dozens of take-offs and landings a day from her house in Berlin's northern Pankow district.

“I wake up at 6:00 am, no matter when, from Monday to Sunday,” said the kindergarten director and mother-of-three. “I don't need an alarm.”

The noise pollution was the price her family were willing to pay – for a time – when they bought the house in 2010, two years before Tegel's scheduled closure.

If Tegel stays open, she said, her family will move away.

Much has changed since 2010 – BER has become Germany's most notorious planning disaster and a symbol for grand-scale mismanagement.

A host of engineering problems and technical defects have multiplied costs and led to a string of postponements.

Since the last delay, city officials have simply declined to commit to a new ribbon-cutting day.

Worse still, it has become clear that BER will be too small when it finally opens to handle Berlin's rapidly growing air traffic.

It was designed to handle 22 million passengers a year, sharply below this year's projected total for Berlin of 35 million, and will have to be expanded immediately.

Amid the chaos, the two-decade-old government plan to close Tegel is now being hotly challenged, a move spearheaded by the small pro-business Free Democrats party.

Michael Kromarek, of the “Tegel stays open” initiative, argued that nostalgic Berliners “don't want to lose part of their history”, as Tegel was the Cold War-era air hub for West Berlin, then a walled-in exclave in communist East Germany.

He may be right. A recent poll found almost 70 percent of Berliners favour keeping Tegel open.

The national government – which is in charge of BER, along with Berlin and Brandenburg states – officially remains committed to closing Tegel, a point reiterated recently by Chancellor Angela Merkel.

She spoke after her transport minister, Alexander Dobrindt, caused confusion by suggesting Berlin may need two airports in future.

Berlin airports chief Engelbert Luetke-Daldrup retorted that Tegel's renovation “would cost more than one billion euros” after it had been run down without major upkeep for years, not to mention lawsuits and compensation for affected residents.

“It makes absolutely no economic sense to keep Tegel open,” agreed Sebastian Erb of the group “Pankow says No”.

“Berlin doesn't need an airport in the city, it needs more housing.”

For now, all eyes are on the referendum, although neither the national nor state governments have clarified how they would respond if Berliners indeed vote to “save Tegel”.

A previous plebiscite, in 2014, asked Berliners what to do with another airport property, the long closed Nazi-era Tempelhof which in the Cold War was the main hub for the Allied airlift to break West Berlin's 1948-49 Soviet blockade.

The city of Berlin had planned large-scale property development on its vast airfield, but Berliners torpedoed the plan, opting instead to keep it as a recreational space for sports, picnics and urban gardening.