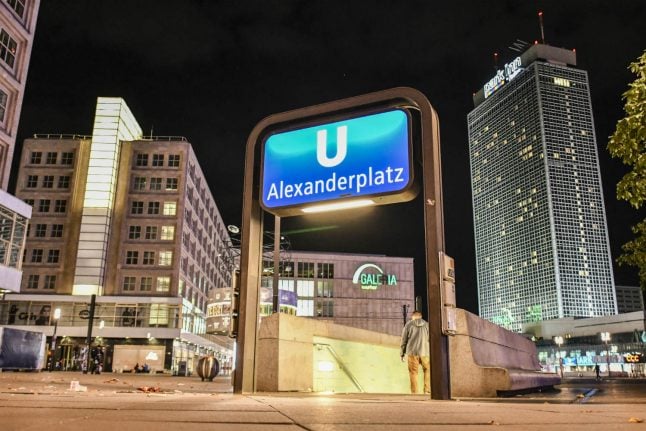 Police arrested 16 young men at Alexanderplatz in central Berlin over the weekend in connection with two mass brawls, involving knives and tear gas, that broke out over the weekend.

The first clash occurred late on Friday night and left six men injured. One 18-year-old had to undergo emergency surgery after being stabbed in the back. By Saturday he was in stable condition in hospital.

A 13-year-old who police say was accidentally caught up in the violence was also slightly injured and needed to be treated at the scene.

According to police, those involved in the brawl were Afghan and Syrian citizens. Police made eight arrests.

The second brawl took place on Saturday evening when an argument escalated between two groups of men for reasons which are not yet clear.

Two men were left injured after the fight, which involved men from Afghanistan, Pakistan and Syria. Police arrested eight men aged between 15 and 25.

Police are looking into whether there is a possible connection between the two fights.

Alexanderplatz has now been the scene of three violent confrontations within a week. Last Tuesday a 21-year-old man from Afghanistan was stabbed when a group of around 20 men attacked him and his friends.

The Berlin square which is famed for being the location of the Fernsehturm, the capital's highest structure, has a deserved reputation as a focal point of petty criminality and violence. Police recorded 7,820 crimes there in 2016, with most of the crimes involving theft.

A new police station is being built at the square which will be manned 24 hours a day. It is scheduled to open in December.