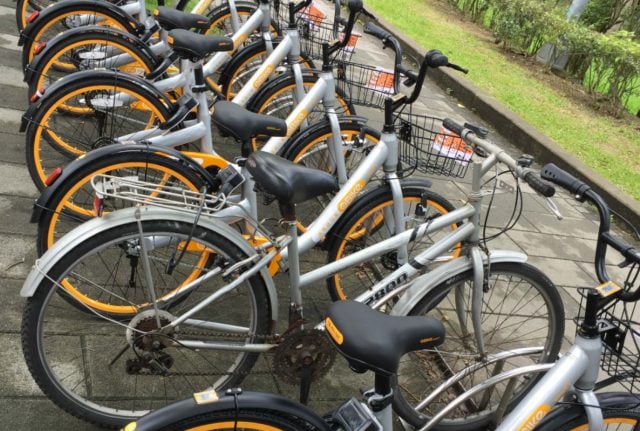 Since the beginning of August cheap orange rental bikes have been multiplying on the streets of Munich at a rate that puts rabbits to shame.

First there were 350 of the two-wheelers, which are owned by Singaporean firm Obike. But that number quickly rose to 1,000, then to 4,000, before reaching the current figure of 7,000, the Süddeutsche Zeitung (SZ) reported on Monday.

The idea of the bike-sharing scheme is simple. You download an app, pay a €79 deposit, and then you are free to ride for a flat rate of €2 per hour. Obike is now the third company to offer bike sharing in Munich, with the city's transport company MVG and Call-a-Bike already offering similar services.

But the sheer quantity of Obikes has led to a backlash.

“They are piling up in huge numbers in the English garden, in front of the central station and in narrow streets,” Bayerische Rundfunk journalist Miriam Harner wrote last week.

The “flood” of orange bikes have also become a favourite plaything of vandals with “many of them also ending up battered and trashed in the bushes or rivers,” according to Harner.

Meanwhile, while MVG and Call-a-Bike have incentives in place, which encourage users to return the bikes to specific points when they have finished their ride, Obike has none.

“They stand around for days in the same place, their baskets are used as rubbish bins – in the worst case they block the stands for people to lock up their own bikes,” Harner complains.

On social media, Munich residents have also been venting their anger, posting pictures of the bikes piled up in the English Garden park or standing upside down on the street.

The SZ reports that the company has also botched the implementation of the project, with repair shops only becoming available in the last few days.

Meanwhile there is still no complaints hotline. People with complaints or queries have to email an address given on the website or contact a little-used Twitter feed.

The company say they are aware of the grievances and are working on solutions.

“We understand the problems that exists there. I can understand some of the complaints,” the company’s Germany representative Marco Piu told the SZ.

“For this reason we have started preparing necessary steps to solve the problems quickly.”