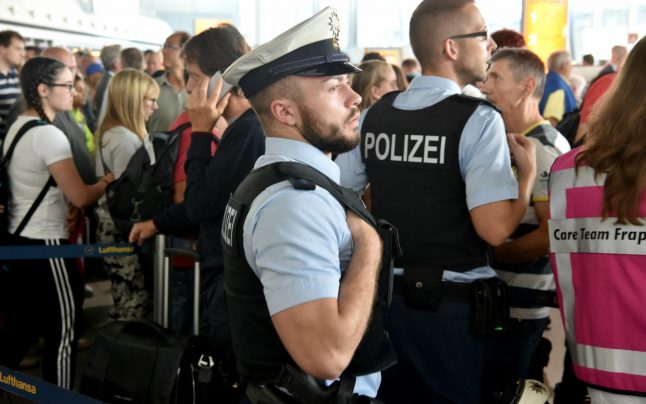 Terminal 1 being evacuated after a similar incident in 2016 Photo: DPA

A taxi driver first alerted police after the 37-year-old man had acted strangely during his cab ride to the airport on Saturday evening.

Federal police met the man as he arrived at the airport, and he told them that he was carrying explosives in his luggage. He was immediately arrested while authorities partially evacuated Terminal A and blocked off the entrance to the long-distance railway station.

Explosives experts then approached the luggage but only found computer parts and a small fuel bottle for camping inside.

Investigators emphasize that travellers were never in any danger. The man was already known to the police for similar actions in the past and was taken to a psychological ward.