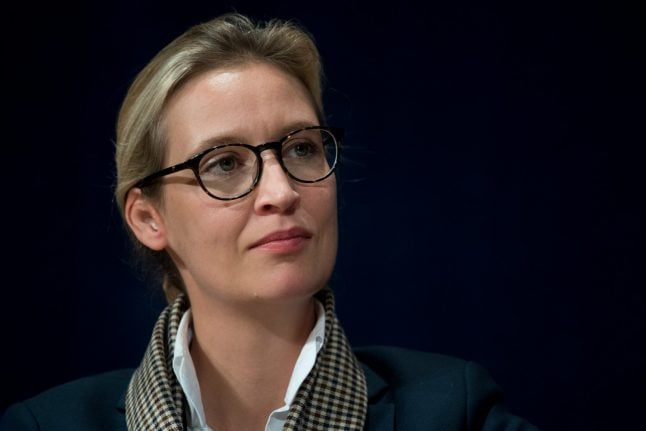 The Welt am Sonntag reports that a former associate of Weidel's forwarded them an email she sent to him in 2013, shortly before she joined the AfD, which was set up the same year.

In the email Weidel reportedly wrote that “the reason that we are being overrun by culturally foreign races like Arabs, Sinti and Roma is that the middle class is being systematically destroyed by our leaders, who are enemies of the constitution.”

In the reported email Weidel goes on to describe Chancellor Angela Merkel and her government as “pigs who are nothing other than puppets of the allied powers. It is their task to keep the German people down by creating civil war in urban areas by flooding them with foreigners.”

Weidel is one of two lead candidates for the AfD in national elections which will be held on September 24th. While co-leader Alexander Gauland has been accused of racism on several occasions in the past, Weidel is seen as representing the more moderate, economically liberal wing of the party.

The AfD responded to the email allegation by saying that it was a fake, and claimed that a smear campaign was being run against them by the establishment media. Weidel herself refused to comment further on the allegation on Sunday, while reaffirming her position that the email was a fake.

Welt am Sonntag meanwhile writes that it has the “solemn oath” of the person who received the email that it came from Weidel.

Representatives of other political parties were quick to condemn the reported email.

Armin Laschet, a senior member of Merkel’s conservative CDU said that talk of German leaders being puppets was “a scandal.”

“To spread such hatred in society 60 years later deserves a clear answer – that has nothing to do with conservatism. These people are far-right radicals and they don’t belong in the parliament,” he said at a campaign rally.

With less than two weeks to go before the national election, the AfD are polling on between 9 percent and 11 percent, meaning they could become the third largest party in parliament.
SEE ALSO: 'Merkel is insane': meet the woman leading the AfD into the elections