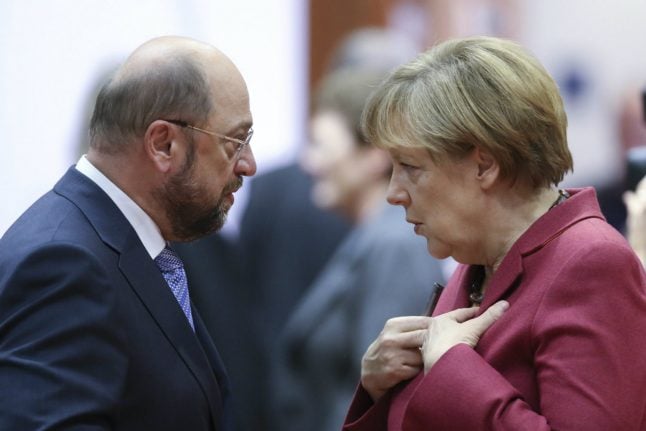 Over 90 minutes, Schulz — who has accused Merkel of lulling voters to sleep by offering noncommittal responses — will get to spar with her in their sole televised one-on-one before Germans head to the polls on September 24th.

With almost one in two voters still undecided, the straight-talking Schulz is pinning his hopes on the prime-time showdown, hoping to sway millions to his cause and halt a devastating popularity slide.

A former European Parliament chief, Schulz enjoyed a surge in support shortly after taking the helm of the SPD in January, only to see that initial excitement fade away.

Sunday evening's encounter will be above all a clash of personalities – an illustration in the Die Zeit newspaper showed Schulz, holding a saw and dressed in workman's overalls, trying to dismantle the throne of a regal “Queen Merkel”.

Despite his uphill battle, Schulz has voiced confidence, saying he is “not nervous” about Sunday's clash.

Merkel, who has mostly avoided referring to Schulz or any other election candidate by name, has so far refused to be drawn into a combative debate.

Her attitude has led German media to dub Schulz “a shadow-boxer” for his frustrated attempts to engage her.

READ ALSO: How the real race in election 2017 is a viciously tight battle for third

A highlight of Germany's electoral campaign season, the so-called “television duel” is expected to draw almost 30 million viewers — or around half of the electorate, according to a poll by research firm Forsa, commissioned by Stern magazine.

Crucially, one in five who plan to tune in also said the debate could swing their vote, the survey found.

The two candidates will spar on topics thrown at them by four seasoned TV presenters, but beyond the content of the debate, they will be scrutinised for their body language.

Just days before the event, the chancellery was accused of rigging the format in Merkel's favour by threatening to stay away after the broadcasters proposed changes aimed at fostering more spontaneity and a deeper debate.

Defending her office, Merkel told Spiegel magazine that while she respected press freedom, “a politician should also be free to decide whether he or she accepts an invitation to appear on a programme.”

“The TV dual format, like spontaneity and eloquence, is not quite Merkel's strength,” Manfred Guellner, the Forsa CEO, told the business newspaper Handelsblatt, adding that “Schulz can benefit” from the show.

Having already fought three previous general elections, the famously cautious Merkel is no stranger to the TV debate format.

Yet surveys immediately after each of the last three editions showed a popularity bounce for her opponents.

Schulz may be hoping to emulate the debate success of Gerhard Schröder, who as SPD chancellor in 2005 drastically narrowed Merkel's double-digit lead to a sliver.

Dishing out advice this week, Schröder said: “One must hog the limelight.”

But political analyst Oskar Niedermayer warned that Schulz would have to watch his tone.

“It has been seen lately that he is becoming even more aggressive, but if he oversteps the mark, that can turn against him because Germans won't like it,” he said.

Beyond the form, Schulz may also find limited room for manoeuvre content-wise as his SPD was junior partner in Merkel's grand coalition.

Underlining a tough battle ahead, a poll published late Thursday by public broadcaster ARD found that 64 percent of those surveyed believed that Merkel would prevail, while only 17 percent saw Schulz winning the debate.

But the SPD knows well that dominating in a debate does not necessarily spell victory at the polls.

Schröder, despite his strong showing at the 2005 clash with Merkel – and the fact that he was the incumbent chancellor — lost the election. 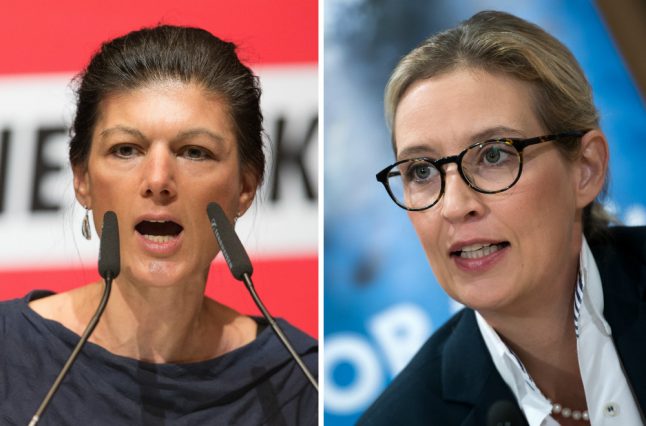 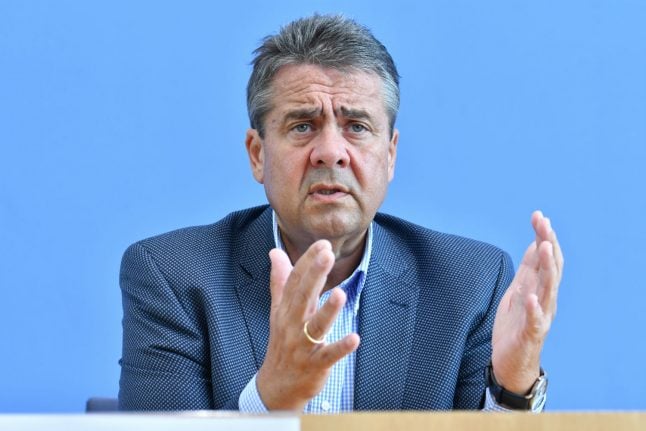