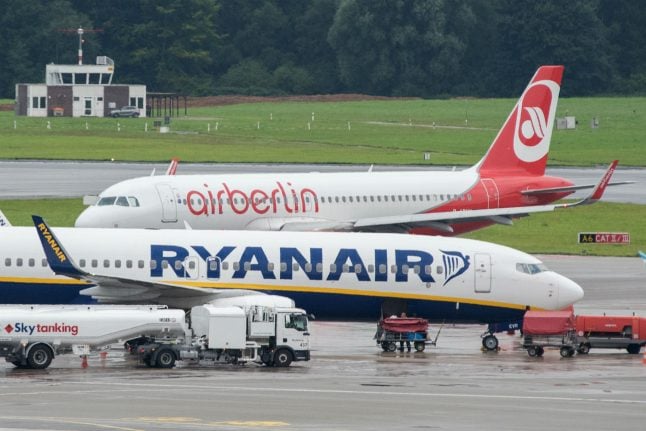 Several airlines are jostling to take over parts of Air Berlin after it filed for insolvency earlier this month, a process Ryanair has been fiercely critical of.

The chief executive of the Irish no-frills airline said at a press conference in Berlin that Ryanair would only join the scramble for assets if it “was a fair and open process”.

“But we are not getting involved in this process because it is a stitch-up,” O'Leary said.

The German government then stepped in with a €150-million bridging loan to keep the carrier's planes flying for the coming weeks.

O'Leary accused the government and the two German airlines of conspiring to allow Lufthansa to take over a debt-free Air Berlin in violation of anti-trust rules, charges the government rejects.

The pugnacious Ryanair boss said awarding Air Berlin to Lufthansa would give Germany's flagship carrier control over “95 percent of the domestic market”.

This would make Lufthansa “not just a German champion but a German monster who will increase the cost of air travel for millions of Germans for the next 10, 15, 20 years”.

German newspaper Bild has reported that Lufthansa – which already leases 38 of Air Berlin's 140 planes – could buy up to 70 aircraft with as many as 3,000 crew for its low-cost subsidiary Eurowings.

Ryanair has lodged complaints with German and European Union anti-trust authorities, urging them to investigate the “obvious conspiracy playing out in Germany”.

Berlin mayor Michael Müller on Wednesday voiced his opposition to Ryanair taking over parts of Air Berlin, calling the airline “hostile to employees.”

“If Ryanair were to come into play I would have real worries,” Müller told Tagesspiegel. “The Air Berlin employees who keep their jobs would have to accept Irish contracts and work as self-employed workers.”