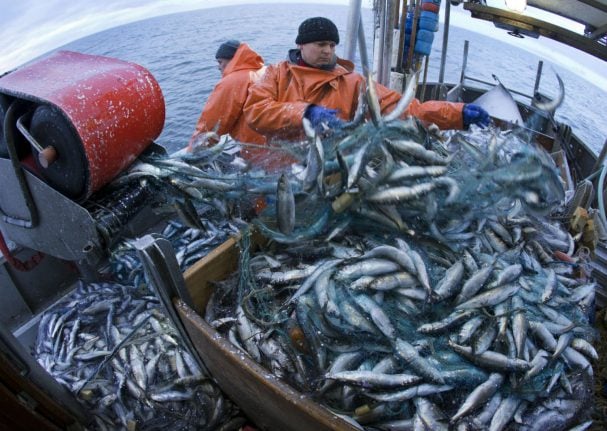 Fishermen in the Baltic. Photo: DPA

German over-fishing in the Baltic Sea is coming at the cost of the environment and the local economy in the area, alleges the report, titled “Germany’s blind spot for sustainable fisheries” and published by Our Fish and the New Economics Foundation.

German officials will be meeting with representatives from all EU Baltic states at BALTFISH in Copenhagen this week to discuss their position on Baltic fishing quotas for 2018.

“The German government has repeatedly supported overfishing of western Baltic cod, leading the public to believe that this is because of ‘socio-economics’,” said Our Fish Program Director Rebecca Hubbard.

“However the figures tell a different story – not only would following scientific advice for fishing quotas bring higher economic returns sooner, but the current allocation of quotas benefits destructive trawlers that have the biggest environmental impact and the smallest contribution to jobs.”

In 2013 the EU reformed its Common Fisheries Policy (CFP), with ambitious targets set for the return of fish stocks to healthy and sustainable levels ideally by 2015, but at the latest by 2020.

The policy aims to achieve these goals be introducing stringent quotas on catches. But the reformed CFP allows for countries to delay implementing the policy if quotas “would seriously jeopardize the social and economic sustainability of the fishing fleets involved.”

The report charges that Germany has exploited this clause to ensure that it has been allocated quotas which exceed the scientific advice presented to fishing ministers at an annual closed-door EU meeting on fishing quotas.

“Western Baltic Cod stocks have spent years teetering on the edge of collapse, yet Germany has consistently set fishing limits above scientific advice,” the report states.

It also dismissed Germany’s argument that job protection lies behind its defiance of quotas.

“Of Germany’s two main fishing fleets who share western Baltic cod, the small-scale low-impact sector has access to just 35% of the quota and employs 747 people, whereas the heavily damaging trawl sector has 59%, but employs one fifth the number of people,” said Hubbard.