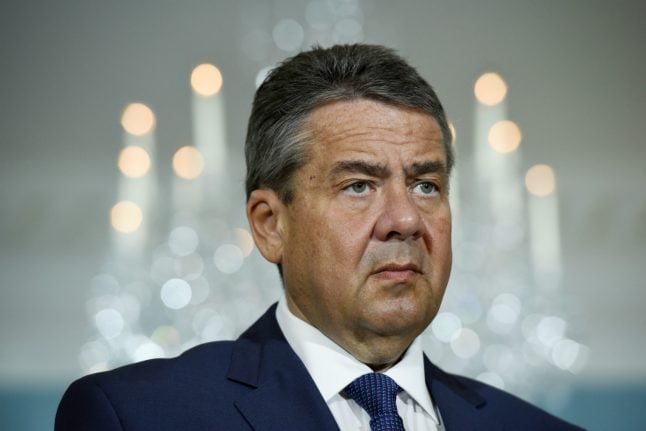 “Of course I am convinced that we need to finally start talking about demilitarization again,” Gabriel said at the end of an official visit to the US on Tuesday.

“In this regard I agreed with Mr. Schulz’s point that we need to get rid of the nuclear weapons that are in our country.”

According to unconfirmed information there are up to 20 US nuclear warheads at the Bundeswehr airbase in Büchel in the Eifel.

Last week Schulz told an election rally in Trier that he would fight to have the weapons removed.

“As Chancellor of Germany I would commit to having the nuclear weapons which are stored here removed from the country,” he said ahead of the national vote on September 24th.

The SPD leaders have played the role of pacifists in recent months in an attempt to distinguish themselves from Chancellor Angela Merkel, whom they accuse of being too willing to follow US demands on military matters.

In March, after US President Donald Trump called on NATO partners to meet spending commitments, Gabriel described the NATO defence spending target of 2 percent of GDP, as “completely unrealistic for Germany.”

But the likelihood of Schulz ever being able to implement his plans for a nuclear-free Germany seem remote. His party is trailing behind Merkel’s conservative CDU by around 14 percent in polling.