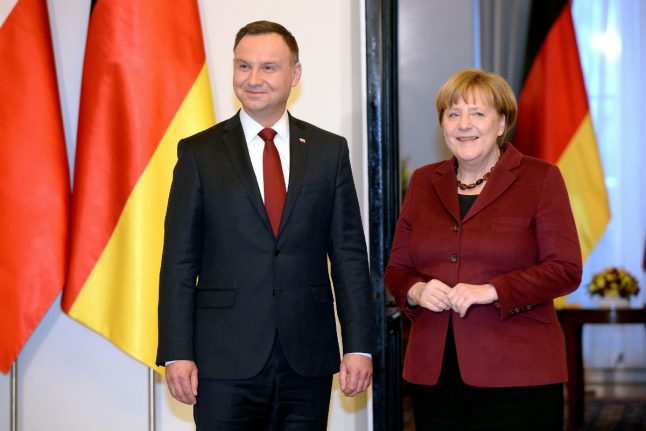 “As much as I want good relations with Poland, our neighbour… we cannot stay silent and say nothing just to keep the peace,” she said.

Speaking at a press conference in Berlin, she stressed that the rule of law was “the basis for cooperation within the EU”.

The European Commission had given Warsaw a month from July 26 to end legislative moves that Brussels regards as posing a “systemic threat” to the rule of law and inform the EU executive branch of measures taken to modify them.

It expressed concern, among other issues, about the Polish justice minister getting “discretionary power” to prolong the mandate of judges who have reached retirement age as well as to dismiss and appoint court presidents.

Poland's foreign ministry insisted on Monday that the Law and Justice party (PiS) government's “legislative action, the overriding aim of which is to reform the justice system, is in line with European standards”.