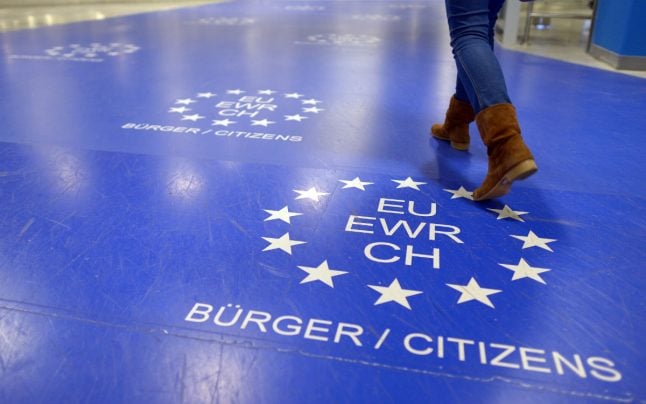 Austria, Denmark, Germany, Sweden and non-EU Norway introduced the ID checks in 2015 and have been allowed to repeatedly prolong them at set intervals in response to a massive migrant influx.

Asked about the European Commission's plan announced in May not to continue the controls beyond November, Merkel said she would call for their extension during talks with its chief Jean-Claude Juncker on Wednesday.

“Given what the situation is at the moment, I believe we need these border controls,” she told reporters.

The five countries first introduced the checks as a record wave of refugees and migrants from Syria and other Middle East countries and from Africa streamed across Europe.

Brussels initially set a goal of scrapping the checks by the end of 2016 but that proved politically untenable.

Germany has allowed in more than one million asylum seekers since 2015, which put Merkel under massive political pressure from hard-right opponents and within her own conservative bloc.

The influx has slowed dramatically due to the closure of the so-called Balkan route and a deal with Turkey to stem the flow of people fleeing war-ravaged Syria in particular.

But a rising wave of migrants crossing the Mediterranean from North Africa has created a fresh sense of urgency.

The issue of migration has played an only moderate role in the German election campaign and Merkel is widely expected to win a fourth term in next month's vote.