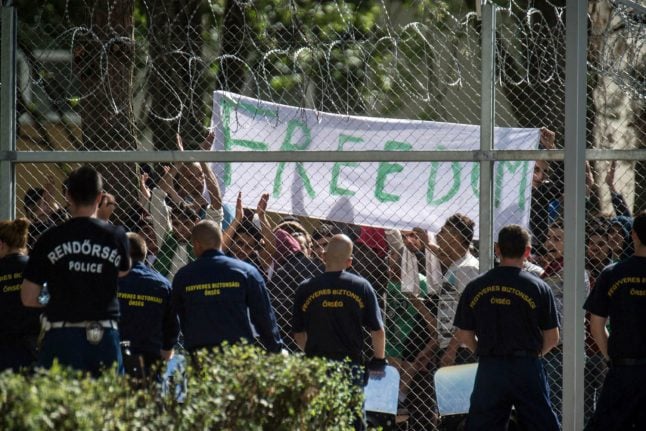 Refugees at a detention centre in Hungary. Photo: DPA

No refugees have been sent to Hungary from Germany since April 11th, despite an EU agreement which stipulates that refugees should apply for asylum in the first EU member that they entered.

The agreement, officially called the Dublin ruling, means in effect that Germany should not process any asylum applications by refugees who have reached the country via other EU member states.

But the government in Berlin confirmed that the legal uncertainty faced by asylum seekers in Hungary was currently preventing it from sending refugees back to the central European state, which is ruled by right-wing populist Viktor Orban. Germany is still working with Hungary to try and establish the point of entry of refugees into the EU.

In May the EU Commission charged Hungary with a breach of EU rules, saying that Budapest was making it too difficult for asylum seekers to apply for a standard of protection worthy of EU standards. It accused Hungary of holding asylum seekers indefinitely in a state which equates to systematic imprisonment.

In 2015 Germany stopped applying the Dublin rules to refugees who first arrived in the EU in Greece. In recent months the Dublin rules have been reintroduced for the Mediterranean country, the government said. Nonetheless, no refugees were sent back to Greece in the second quarter of 2017.