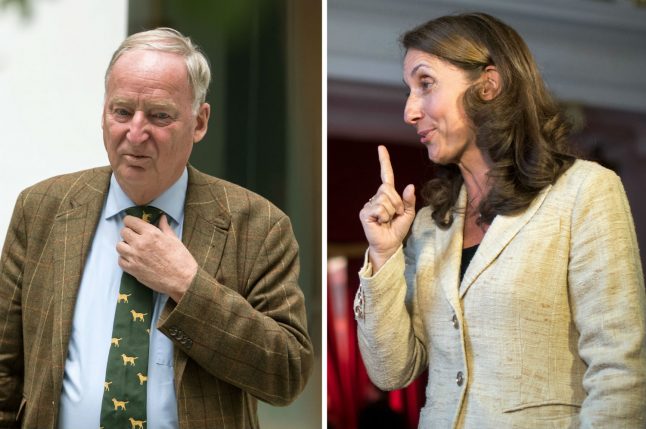 On the campaign trail ahead of next month's general election, Alexander Gauland, deputy chairman of the Alternative for Germany party, had criticised integration commissioner Aydan Ozoguz for recently claiming there was no specific German culture.

He told a rally in Eichsfeld, central Germany, that Ozoguz should come down there and see what German culture was really like.

“Then she will never return again and then, thank God, we can dump her in Anatolia,” he told the crowd to applause and cheers, the Frankfurter Allgemeine Zeitung newspaper reported Monday.

“They lack any decency and respect for people with different opinions, and reawaken the worst memories of our country around the world,” Gabriel said in a statement read out by a spokesman.

Ozoguz, who is also the deputy leader of the Social Democratic Party (SPD), was born in Hamburg to Turkish parents who came to Germany as so-called “guest workers” in the 1950s.

Chancellor Angela Merkel's spokesman Steffen Seibert said that “Ms Ozoguz is from Hamburg, so in that sense the remarks automatically disqualify themselves”.

“We must do everything we can to make sure that these racists don't make it into the Bundestag,” he said on Twitter.

The anti-immigration AfD is hoping to enter the national parliament for the first time in the September 24 election.

The party is currently polling at around eight to 10 percent, in what promises to be a close race for third place.

Merkel's conservatives currently have a double-digit lead in the polls over their closest rivals, the Social Democrats.

Both parties have ruled out the AfD as a possible coalition partner.