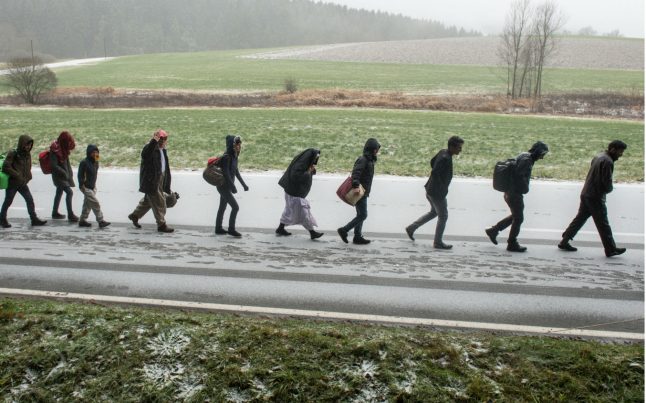 The study, published by GfK Verein on Friday, shows that 56 percent of Germans are concerned about migration and integration, a clear drop from 2016 when 83 percent expressed this concern.

People in Austria, Sweden, Switzerland and the US all also saw immigration and integration as the biggest challenge facing their country in 2017.

The study, called Challenges of Nations 2017, was conducted in 24 different countries and based on interviews with 27,500 people.

“Since the Balkan route has been closed for refugees and the EU-Turkey deal came into force in March 2016, the number of refugees coming to Germany has fallen considerably,” said GfK Verein head Raimund Wildner.

“But even if those things have put the brakes on further migration, many Germans are still concerned about the task at hand involved in integrating the migrants.”

READ ALSO: Integration of Muslims better in Germany than in rest of Europe: study

Fear of criminality was also on the rise, with 16 percent saying this was something that concerned them. Terrorism also took its place among the ten things Germans are most worried about for the first time since the survey was first undertaken – 9 percent said it was an issue.

In several other countries unemployment was seen as the biggest challenge facing their governments. Respondents in France, India and Italy all put this as the number one concern.

A decade ago unemployment was also the biggest worry in Germany, but in this year’s survey only 16 percent said it was a problem.