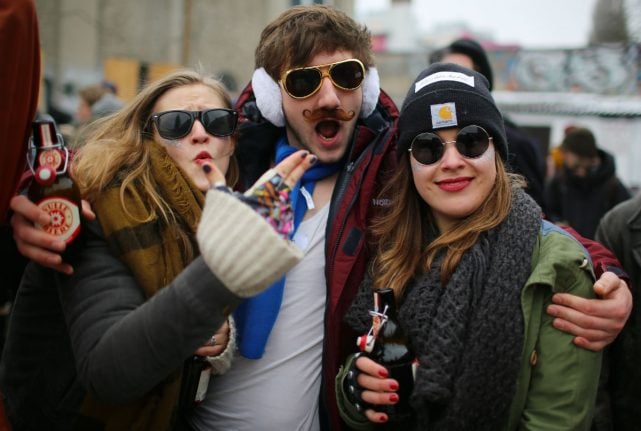 Jens Spahn, junior minister in the Finance Ministry and one of Angela Merkel’s closest allies, caused controversy earlier this month when he complained about waiters in Berlin restaurants who only speak English.

But the conservative politician’s tirade isn’t over. In an interview with newspaper Die Zeit published on Wednesday, he condemned people who communicate in English with each other in German cities, calling them “elitist hipsters”.

Native German speakers are the worst offenders, according to Spahn, who believes among Germans there is a “blatant willingness” to avoid speaking in one’s native language even in situations where it isn’t necessary.

“This is not cosmopolitan, but rather, provincial,” Spahn said.

This use of English, Spahn argues, contributes to a new form of “elitist-global tourism” that leaves out non-English speakers and is detrimental to other newcomers in Germany who dedicate their energy and time to learning the German language.

A totally new type of “parallel society” has developed in Berlin where young people from all across the globe keep to themselves, he said.

Spahn also draws parallels in his argument between a certain time in history, when nobles in 18th century Europe distanced themselves from the lower classes by speaking to one another in the French language. By comparison, he adds that nowadays the use of English in German cities is “a striking symptom of a regrettable cultural equilibrium”.

But not everyone feels the same way as Spahn.

When people are from around the world, they hardly keep to themselves, Chris Pyak, deputy chair of the Alliance of Liberals and Democrats for Europe (ALDE) Individual Members Party, said in a statement on Thursday.

He argued that nobody loses anything when speaking English, but rather, they gain an additional language and therefore access to “information, art, ideas and human connections around the world.”

Pyak, who's also an author and employment coach for expats, has been pushing for English to become an official language not just in Germany but in countries all across the European Union.

Others think Spahn voiced his opinions for a particular reason.

Editor in chief at Spiegel Online Roland Nelles publicly commented on Thursday, saying Spahn has achieved his goal: “People are talking about him again.”

“'Mission accomplished', as a hipster in Berlin would probably say.”