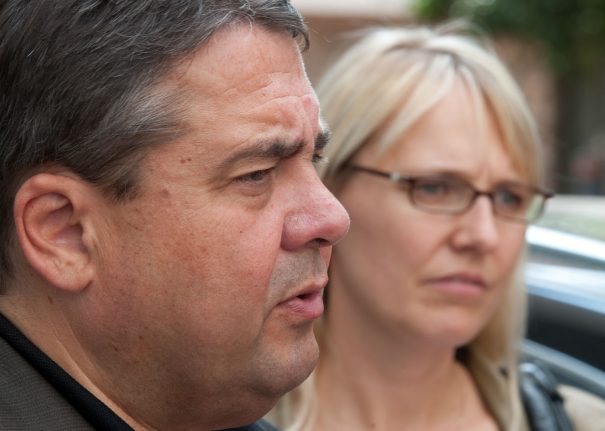 He said that Erdogan's strident style “had apparently led some to feel motivated to try to threaten and harass my wife,” in comments broadcast Tuesday by news channel NTV.

“Of course, this is a terrible outcome,” he said without giving further details, at a time when relations between the NATO allies have plunged to their lowest point in years.

On Saturday, Erdogan launched a bitter personal attack on Gabriel, who has frequently criticised the president's leadership and his treatment of opponents and critics.

“Who are you to talk to the president of Turkey?” Erdogan said in a televised speech. “Know your limits. He is trying to teach us a lesson… How long have you been in politics? How old are you?”

Relations between Turkey and Germany, home to three million ethnic Turks, have deteriorated sharply, particularly since a failed coup against Erdogan over a year ago and a subsequent mass crackdown on its alleged plotters.

Among the alleged state enemies and terrorist supporters behind bars in Turkey are several German or dual Turkish-German citizens, including journalists and rights workers.

Erdogan has charged that Germany is sheltering Kurdish militants, coup plotters and terrorists.

In recent days he has angered Berlin by urging ethnic Turks in Germany to vote in September 24th elections against Merkel's conservatives, as well as Gabriel's Social Democrats and the Green Party. Erdogan labelled the three parties “enemies of Turkey”.